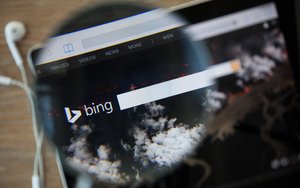 The partnership will allow advertisers to reach an increasing percentage of the U.S. and global consumers searching for information and answers on products, services and events through Bing Ads on sites such as CNET.com, MySimon.com, Search.com, Store.com, ZDsearch.com, Findarticles.com and Searchnow.com.

In July, comScore published the estimated unique monthly visitor and view monthly visits to CBSi at a total of 150.8 million.

Nearly 60% of CBS Interactive users are under age 45, and more than 40% of users have a household income of $100,000 or more, Kya Sainsbury-Carter, VP of global partner services at Microsoft, wrote in a post, citing CBSi numbers.

The partnership should help drive a spike in mobile Bing Network searches, with 70% of search volume on CBSi properties coming from mobile devices, according to the media company's numbers.

Microsoft engineers continue their work on improving Bing search services. On Tuesday the company was granted a patent by the U.S. Patent and Trademark Office that Microsoft engineers describe as "Geotiles for finding relevant results from a geographically distributed set."

The patent claim describes a "computer-implemented method for returning a locally relevant search result across a geographically distributed set of locations for a business entity, the method comprising acts of, but not limited to, mapping a geotile to each location within the geographically distributed set of locations based on physical location information and creating a feed document that represents an item of interest for the business entity." The rest is described in patent no. 9,449,110.