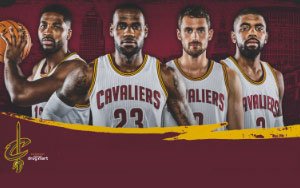 The 2016–2017 NBA season tips off next week as the Cleveland Cavaliers seek to defend their championship title, and the basketball association has partnered with Urban Airship to offer personalized experiences to subscribers of their native mobile application.

The Cavs work with Urban Airship to entice fans to interact with their app by sending real-time push notifications, like live score updates. Urban Airship also helps the NBA team track how users are engaging with their app, such as what articles are being read or what videos are being played, to provide insights into what types of content should be published next.

These data points are then fed back into the marketing platform to personalize future content delivered to subscribers.

Urban Airship is a Portland-based company that has experienced momentous growth in the past year, and the company says that more than 75 businesses have adopted the company’s mobile intelligence solutions. In addition, Urban Airship also expanded its partner network in the past year, releasing integrations with analytics providers Google Analytics and Adobe Analytics, as well as with data management companies Segment and mParticle.

Urban Airship evaluates first-party data from its customers' mobile applications, alongside engagement performance metrics from other marketing channels. This helps marketers understand how consumers are interacting with their brand and prioritize what channels to invest in.

“Every sports team, and every business, has different levels of fans,” says Erin Hintz, CMO at Urban Airship. “The Cavs focus on understanding and serving the needs of four main types of fans: season ticket holders, fans that come to some games, out-of-market fans, and international fans. Each of these fan types want different things and messaging is a great way to learn what matters most to them to fuel ongoing segmentation.”

The Cavs have also partnered with Urban Airship on a number of in-venue marketing features for basketball fans, including leveraging their stadium’s WiFi as a heat map to view how people are moving around. The Cavs can then use this data to help direct customers to buy a new basketball jersey they don’t own, for example.

In addition, Hintz says the Cavs are testing a new service that pings the devices of ticket holders when the stadium doors open. The company can then leverage Google Maps’ API to deliver personalized messages to fans that include traffic news and driving directions to the game.

“They’ve integrated paperless ticketing into their app, which is now used by 99.6% of season ticket holders, so they have a lot of data: where they live, how long they’ve been a fan, which games they are coming to, and who they are transferring tickets to, which exponentially grows their database,” says Hintz.