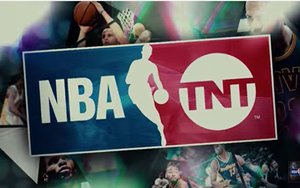 Turner Sports and Google have teamed to create in-the-moment video ads to engage fans in near real-time.

The NBA Opening Night, on Tuesday, allowed producers to capture raw video content before, during and after the games to create branded video ads delivered programmatically to audiences through the Google DoubleClick Bid Manager platform.

The ads, which capitalize on real-time in-the-moment footage, live on the NBA on TNT YouTube Channel and Turner’s other social platforms.

Ad content features behind-the-scenes footage of TNT’s Inside the NBA studio team of Ernie Johnson, Charles Barkley, Kenny Smith and Shaquille O’Neal, as well as player warmup and fan reactions from the Quicken Loans and Oracle Arena. Turner Sports is the first to market sports content through DoubleClick’s Project Instant.

TNT opened the season with a doubleheader showcasing the defending NBA Champion Cleveland Cavaliers hosting the New York Knicks, followed by the Golden State Warriors and San Antonio Spurs, according to Google.

The ads will not appear on traditional linear TV, which supports national or local TV programming, but they could appear on a television when watching YouTube via a smart TV or through an over-the-top (OTT) device.

This is not Google's first time experimenting with the technology. Google partnered with Paramount to test the instant ads at Comic-Con.