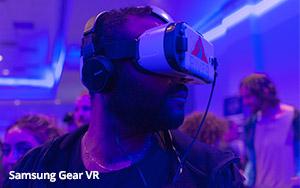 With holiday shopping officially underway, the actual sales numbers for some virtual reality systems are lower than originally projected.

In particular, Sony’s PlayStation VR headset is expected to come up short of initial market projections, according to new sales numbers from SuperData Research.

By the end of the year, fewer than 1 million (roughly 745,000) PlayStation VR headsets will have been sold globally, according to SuperData.

This is lower than what was projected when PlayStation VR hit the market in October.

For example, IHS Technology projected the global install base to reach almost 1.5 million units and DigiTimes forecast 3 million units to be shipped by the end of the year.

The number of PlayStation VR units shipped won’t exceed 1 million until 2017, according to SuperData.

Despite the numbers shifting, the general positioning of the different VR systems in the market seems to remain the same, with PlayStation VR ahead of HTC’s Vive and Oculus’ Rift systems for gaming and PC-based virtual reality.

Mobile-based VR holds the majority of the market, with Samsung leading with its Gear VR viewer. However, Google also recently launched its Daydream VR platform with exclusive content alongside its Daydream View viewer and controller. Gear VR requires one of Samsung’s current phones and Daydream View requires a ‘Daydream-ready’ phone, which is currently limited to Google’s Pixel and Motorola’s new Moto phones.

The fragmented nature of VR consumption ecosystems also extends to content creators, who need to choose which option to design and develop for.

Google has recently been making a push for VR content creators to develop for its Daydream platform on the basis that the Daydream-ready classification will ultimately expand to more Android phones from other manufacturers in the future.

Here is the breakdown of VR headset sales by the end of the year, according to SuperData: