L.L.Bean Selects VIA Agency As Its New AOR 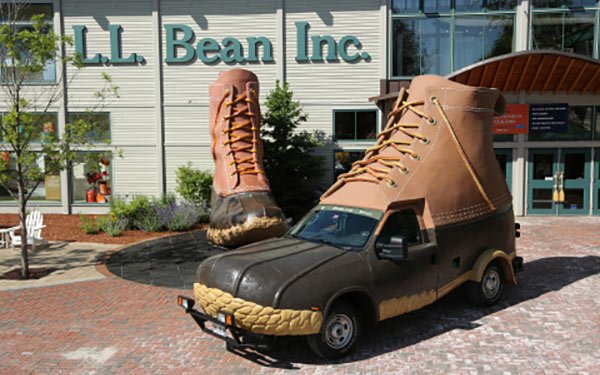 Freeport, ME-based outdoor gear and clothing retailer L.L.Bean has selected The VIA Agency as its new Agency of Record after a formal review. The appointment is effective immediately and the shop’s first campaign for the iconic American brand is expected to roll out this summer.

Previously, Bean worked with Interpublic’s Erwin Penland, which parted ways with the client earlier this year. Bean said it assessed numerous agencies around the country during the review, but did not identify them. VIA is based in nearby Portland.

Proximity aside, VIA may have had an edge going into the review—the retailer noted that it has been working with VIA for the past year on a comprehensive branding project. Through this work, the brands “aligned on a common strategic vision.”

Bean also said it was impressed with VIA’s “understanding of the brand, its connection to the business and highly creative approach.”

The agency switch comes after the firm hired a new head of marketing last year—Chris McDonough, SVP and Chief Brand Officer. He reports to Stephen Smith, the former Walmart CMO who joined Bean as CEO in late 2015.

The switch also comes as the retailer is striving for growth after a flat 2016 when revenues reached $1.6 billion, in line with the previous year.

Earlier this year, the brand made headlines when then President-Elect Trump tweeted his support for the brand after Bean heiress Linda Bean raised money for him. The company quickly responded that Linda Bean’s political views did not represent the company’s views. “We stay out of politics,” L.L.Bean Chairman Shawn Gorman wrote in a Facebook post in January.

Commenting on the AOR appointment, McDonough stated: “Since the publishing of our very first catalog, letting consumers know what L.L.Bean is all about has been almost as important as the products we make. We need a partner who not only possesses creative and strategic talent, but one who intimately understands what the L.L.Bean brand stands for.”

Added VIA CEO Leeann Leahy: “Few brands have such a rich history…We’re proud to have a part in defining the next chapter of the L.L.Bean legacy.”

For VIA, the appointment is the latest in a string of new business wins that include Asurion, T. Rowe Price and CertainTeed. Other clients include Three Olives, Unilever and Perdue Farms.