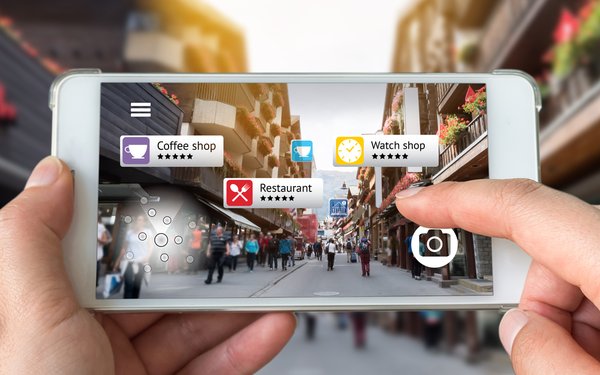 There’s a new wave of augmented reality coming and it’s going to be riding inside mobile apps.

For many years, augmented reality has been a technology looking for a market.

Thanks to the massive number of smartphones now in use, better sensor technology and improved mapping capabilities, the AR market is set to take off, based on a new report.

The key for brands and marketers is that ad revenue is on the way to overtaking paid AR app revenue, according to the study by Tractica.

The consumer market for mobile AR users was at 343 million unique monthly active users last year. By the end of 2022, Tractica projects that number will be at more than 1.8 billion.

One of the enablers of the large growth is the sheer number of smartphones in use. By the end of this year, there are expected to be more than 3 billion smartphone users. With the installed base of 2 billion personal computers, this makes the smartphone the world’s most popular computing device.

The way consumers access mobile AR is going to quickly shift from standalone AR apps, like Pokémon-type games, to mobile apps with embedded AR capabilities, such as social media applications, maps, search and commerce apps, according to Tractica. This is a major AR market shift.

Apps with embedded AR are expected to surpass the amount of standalone AR app downloads this year.

In two years, there are projected to be more than twice as many apps with embedded AR accessed than standalone AR app downloads.

This is also where advertising kicks in.

Ad-supported revenue will surpass paid revenue, $2 billion to $1 billion, in two years, according to the study. Ad revenue in AR is projected to grow from $68 million last year to $13 billion in 2022.

The addition of more augmented reality into apps as a staple will make AR available to the masses, without necessarily knowing that it is AR, since it will become mainstream.

Augmented and virtual reality will be on tap at the MediaPost IoT Marketing Forum May 18 in New York. Here’s the agenda.