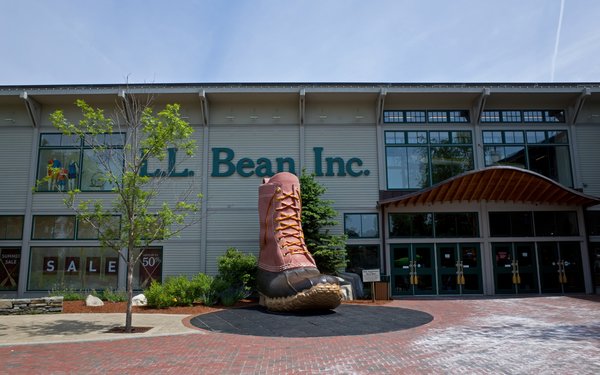 Tracking consumers through sensors inside clothes they buy may now become a reality, as Maine retailer L.L. Bean is planning to sew sensors into boots and coats and then track the clothing after it leaves the store through the Ethereum blockchain.

The tracking test will begin later this year and will be conducted as an opt-in, according to details first reported in The Wall Street Journal.

It’s unlikely that consumers will have a choice of purchasing the same item with or without sensors included. It also will be interesting to see how salespeople relay the information to in-store shoppers that an item comes with tracking built in and that clothing from another line does not. Or perhaps Bean will ultimately include sensors in all its clothes.

The idea is that the retailer could track how its clothes are used -- for example, in what temperatures and even when and how often they are washed. Sensors typically could also track the steps taken and other data.

L.L. Bean could tell consumers they have no worries since the data is being collected through a blockchain -- as if most consumers will be comforted by that, even if any actually understand what that means.

In any case, the concept of sensors in clothing is hardly new.

Levi Strauss included RFID tags in jeans in stores so retailers could track the real-time status of inventory in a pilot I saw two years ago. As clothing is moved, a retail sensor tracks it -- including specifics, such as size and style. But that tracking would end when the product leaves the store.

L.L. Bean is also scrapping its age-old 'guaranteed for life policy' of products it sells, now giving customers one year to return items as long as they have a receipt. The return-anytime policy always struck me as being built into the typically premium pricing of many non-Bean branded products at the store, so it will be interesting to see if product pricing is adjusted downward to reflect the new policy.

The Internet of Things reality is that anything that moves can be tracked.

L.L. Bean may soon find out what its customers think about it actually happening to them.