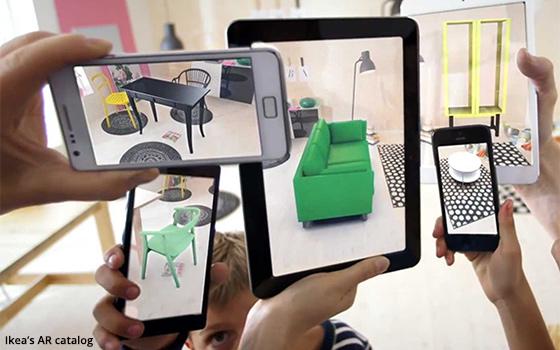 Virtual reality is growing, but cannot compare to the projected size of augmented reality.

Within five years, the installed base of virtual reality could be up to 60 million users -- including those on mobile, stand-alone devices, consoles and PCs -- based on a new forecast. Revenue would be in the range of $10 billion to $15 billion, which is no small change.

However, augmented reality -- including mobile AR and smart glasses -- could reach an installed base of more than 3 billion, according to the projections in Digi-Capital’s Augmented/Virtual Reality Report Q1.

Even with an estimated 900 million mobile AR units -- including Apple ARKit, Google ARCore, Facebook Camera Effects and Snap Lens Studio being in the market by the end of this year -- AR and VR revenue will only start to scale next year.

Digi-Capital and others are forecasting that Apple will introduce smartphone tethered smart glasses in 2020, which could drive the smart glasses market from a few hundred thousand users last year to tens of millions of mass consumers by 2022.

The largest driver for augmented reality could end up being online sales.

The AR and VR market evolutions are global. For example, Starbucks in Shanghai has partnered with Alibaba for an AR-enabled roaster.

While AR game revenue leads this year, non-game revenue is expected to account for more than half of AR app store revenue in four years.

Many consumers today use voice for interactions via devices like Amazon Echo and Google Home today. Tomorrow, they may be putting on some version of smart glasses to see the world in a different light.