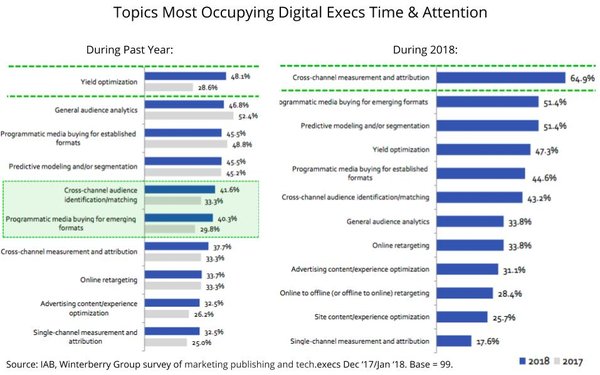 Programmatic media buying for emerging formats -- and the related issues involving cross-channel measurement and attribution -- are the two topics digital ad execs expect to occupy their time and attention this year, according to a survey of digital ad execs released at the recent Interactive Advertising Bureau Leadership Conference.

The study, conducted with Winterberry Group, signals that programmatic remains front and center with marketers, publishers and (not surprisingly) the ad-tech community, and that they are looking at new ways to leverage the technology to break through to consumers.

It’s about time the programmatic marketplace embraces new formats, especially those that help understand how to attribute the impact and value they generate between consumers and brands.