It's Not Just SXSWers That Visit Austin 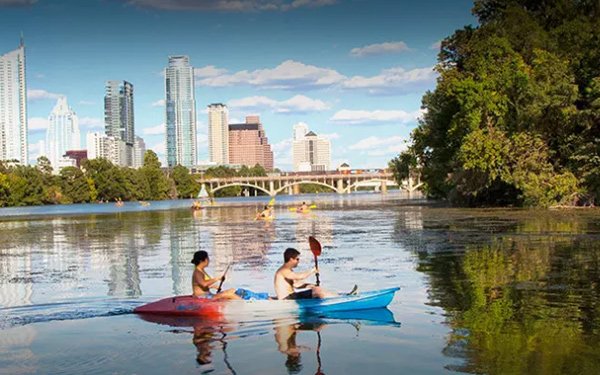 With increased attention on Austin, Texas given the ongoing annual SXSW festival, the city's tourism bureau Visit Austin has released results of its 2017 mobile ad campaign. It was developed with cultural branding agency LatinWorks and ad-tech platform AdTheorent. The campaign ran from May to September of last year.

AdTheorent found that the Visit Austin 2017 mobile campaign achieved a 1.52% visitation rate, driving 191,957 unique visitors to the city—visitors that were directly exposed to served ads in the campaign.

According to the company, the majority of consumers who visited Austin post ad exposure did so in the first two months after exposure, while average length of time between first exposure and visitation was 49 days.

Unlike most tourism campaigns, this Visitation Study tracked actual travel resulting from campaign exposure. In order to link visitors to the campaign, AdTheorent identified 600 million devices being used in more than 90 million U.S. households to track individuals across multiple channels such as mobile phone, tablet, desktop computer, and a physical address.

Each user was assigned a unique ID, allowing AdTheorent to discount multiple exposures to served ads during the campaign. All IDs that resided within the Austin DMA were also removed from the ID pool.

AdTheorent then collected the IDs for all served ads (discounting duplication), and compared this data to IDs identified in Austin during the campaign and following campaign exposure.

Rich media engagement was 10.68%, exceeding the industry average by 21%.  Engagement was slightly higher in the targeted markets, such as the aforementioned Oklahoma City and Denver, delivering an 8% higher engagement at 11.10%.