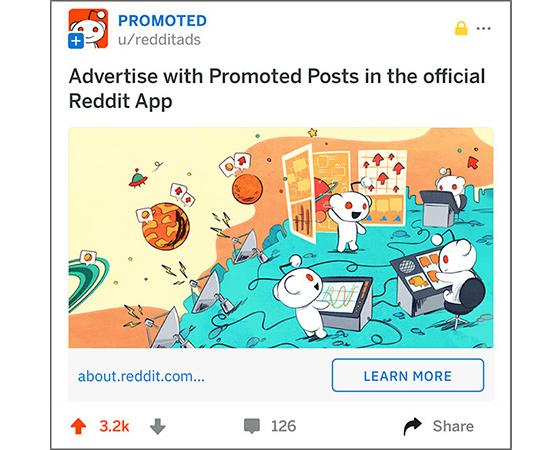 Advertisers now have the option to add a call-to-action (CTA) button to their ads in the redesign, mobile web and mobile Reddit apps.

The CTA button will appear in the bottom right corner of the ad and show various versions of a short, simple message, such as “Download,” “See Menu,” “Play Now,” "Watch Now,” "Contact Us," and more. Marketers will have an option to choose any one of 13 messages per ad.

The options are available through a drop-down menu in the Ads Dashboard and are available in the newly redesigned Reddit platform on desktop, mobile and in the Reddit app.

There also is a “No button” option where no CTA button will appear on the ad.

The intention is to highlight promoted posts and reduce mistaken clicks, according to a company spokesperson.