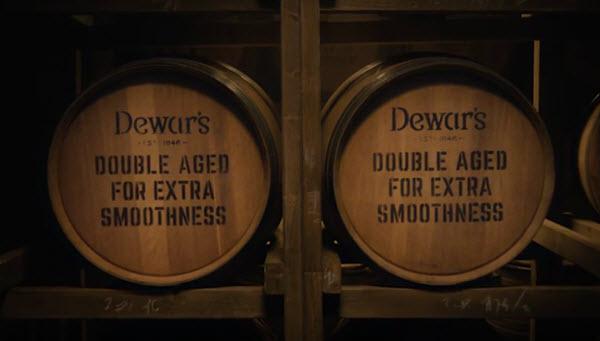 Dewar’s will invest $15 million in a new, global iteration of its “Live True” branding campaign.

The creative, which will run through the end of 2019, is launching this week in the United States before rolling out in Spain, Puerto Rico, the Dominican Republic, Lebanon and other countries.

The campaign aims to drive growth across the brand’s full portfolio by positioning Scotch as an “approachable” spirit, at a time when blended Scotch whisky is poised for a comeback in the United States, said Brian Cox, vice president at Dewar’s in North America.

In addition to increasing momentum for Dewar’s White Label — already the U.S.’s top-selling Scotch — Bacardi Limited’s goals include doubling distribution of Dewar’s’ 12, 15 and 18 labels in the next year.

The new campaign’s anthem 30-second TV ad (below) pays tribute to Dewar’s’ double-aging distillation process, the secret to its smoothness. It tells the story of “Neville Neville” — a guy who does everything twice, including getting married (to the same woman).

The spot will air on on-demand video services, as well as national and global entertainment, sports and news networks, including Comedy Central, CNN, ESPN, FX and Hulu.

Dewar’s is simultaneously “doubling down” on its merchandising program and “reshaping its on-premise experiential and sampling strategy,” according to Cox. New gift packs and displays at retail will focus on the double-ageing process.

It featured an anthem spot based on the poem “So you want to be a writer,” by Charles Bukowski. “Live True” profiles of courageous dreamers were featured on a campaign website.

In 2014, the brand ran a digital extension of the campaign employing short video interviews with people who have made a positive impact on the world by living their convictions.