Gas Station TV Saw You Coming, Can Guess Where You're Going 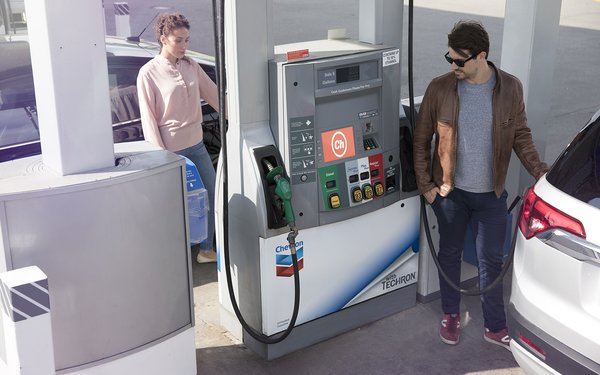 GSTV, the company that puts TVs (and ads) at gas station pumps in 200 markets nationwide, has upped its analytics in ways it says give advertisers a carload of data about who is pumping that gas and what they’re up to.

GSTV screens are in some 18,000 gas stations, and for most of the people who stop to fuel up, where they’re going next is more or less a given: They’re headed home, to work -- or maybe best of all, to go shopping.

Concerning the latter activity, GSTV says its viewers spend 1.7X more in the hours right after pumping their car. And putting a message before consumers right before they are about to consume is a pretty good place for an advertiser to be, they claim.

Drive-thru restaurants like Wendy’s are good clients. So are Pepsi, General Motors, Capital One, AT&T, Comcast, Citibank and State Farm.

That’s a stew the customer has already provided the ingredients to create, right down to their cell phone’s GPS. The company teamed with analytics and research providers Acxiom, Placed, Dstillery, IRi and Nielsen to create an extensive package of data.

“When credit card transactions occur at our locations, we’re able to work with our data partners to understand, in aggregate, what kinds of transactions customers make before or after they buy,” explains Eric Sherman, a former Twitter and NBC Universal executive who is the senior vice president for insights and analytics.

“The fuel transaction at the GSTV location provides the link. From consumers who have opted in to location-sharing on their mobile devices, we can understand how such consumers behave before or after visiting a station by analyzing mobility patterns associated with these devices.” (The data is anonymized.)

Though one brand of gasoline is pretty much like the other, not all gas stations are equal. “I was at a gas station the other day and it hit me -- there was a BMW, a Range Rover and Mercedes there with me,” says Sean McCaffrey, the GSTV CEO. Stations, by location and proximity to certain kinds of shopping places, can draw a disproportionate share of well-heeled drivers.

Sherman knows those car nameplates mean something.  “At a GSTV location, are the viewers in front of our screens more likely to have visited a Lexus dealership in the past 30 days? A Lululemon store? A DollarTree? Understanding this data on a location-by-location basis helps us advise clients.”

McCaffrey, with a background at IHeartMedia and Clear Channel Outdoor, arrived at GSTV  (in a nice car, presumably) last year when GSTV and gas station TV competitor Verifone entered into a joint venture combining the assets of each.  The analytic and deal-making ramp-up began shortly after.

Like other out-of-home services, GSTV fights to be taken as equal to more traditional media, and it’s increased efforts to make GSTV more responsive.

It recently hired Scott Pawlowski, formerly national vertical sales leader for Quantcast, as an executive vice president of client services,. It also has a new content deal with Cheddar news and Chive TV, among others like ESPN, CNN Headline News, Bloomberg TV and AccuWeather.

The gas pump TV company claims to reach 75 million unique viewers every month, and that includes one in three adults over 18.

And like TV and the Internet, it deals with criticism that its viewers aren’t really paying attention. Sherman says 87% of its gas-pumping viewers watch or listen to the GSTV telecast, and its recall is about twice what linear TV gets from its viewers.

“While some people may step away from the pump during fueling,” he says, “compare that to  during traditional TV commercial breaks.” TV viewers flee to kitchens, bathrooms or use remotes to skip the ads altogether when commercials appear, he claims. “That doesn’t happen on GSTV.”