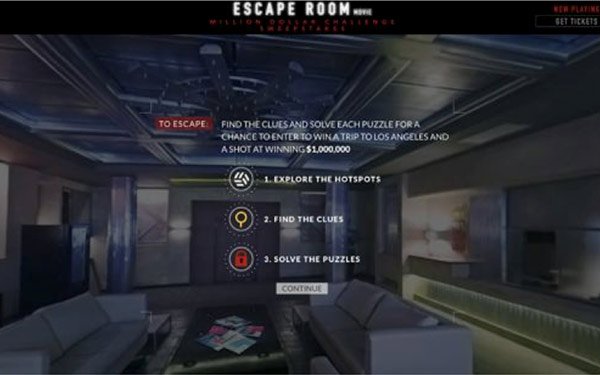 Sony teamed with OmniVirt for its VR/AR platform to distribute the 360-degree ads across relevant media sites. The studio is also running 360 display banner ad units that click to a full interactive 360-degree “Escape Room” experience.

The creative was produced by Pretty Big Monster and includes 360-degree themed escape rooms from the film, allowing audiences to explore and “escape” from a room.

“The movie is about a group of strangers trapped in elaborate rooms [who] have to solve deadly puzzles to escape," stated Rose Phillips, senior vice president digital marketing for Sony Pictures Entertainment’s Motion Picture Group. “By creating an interactive 360 experience in our ads, we were able to bring the immersive and intricate detail of each room to life into our marketing campaign.”

The 360 VR experience can be explored via mobile or desktop.