Consumers Would Want To Be Paid $8,414 To Give Up Email For A Year: Study

Just how much are email and search worth to people? A new study by MIT Sloan purports to answer that question.

The median user would want compensation of $17,530 to give up access to search engines for a year, and $8,414 to do the same with email.

In addition, users would require $3,648 to do without digital maps for the identical period.

The researchers also found that U.S. Facebook users would demand median compensation of $40 to $50 for leaving Facebook for a month. In contrast, Dutch users would need €97, or $110.88 in US dollars)

The authors believe this metric is a more effective means of determining digital value than GDP.

“In the 21st century — at a time when so many of the goods and services that people consume, are digital and free — GDP falls short,” states co-author Erik Brynjolfsson, the Schussel Family Professor of Management Science at MIT Sloan School of Management.

Brynjolfsson adds: “For policymakers, regulators, and economists looking to understand changes in living standards, and by extension the effects of policies that might affect living standards, it’s clear we need other measures besides GDP. The crucial question is: how much is all this digital stuff worth to us?”

He continues that “the widespread adoption of digital goods and services have had an important effect on our economic welfare.”

The sample consisted of around 80,000 people. Non-internet users were excluded.

The findings were published in the Proceedings of the National Academy of Sciences. The other authors include Avinash Collis, a doctoral candidate at MIT Sloan; and Felix Eggers, a member of the Faculty of Economics and Business at the University of Groningen in The Netherlands. 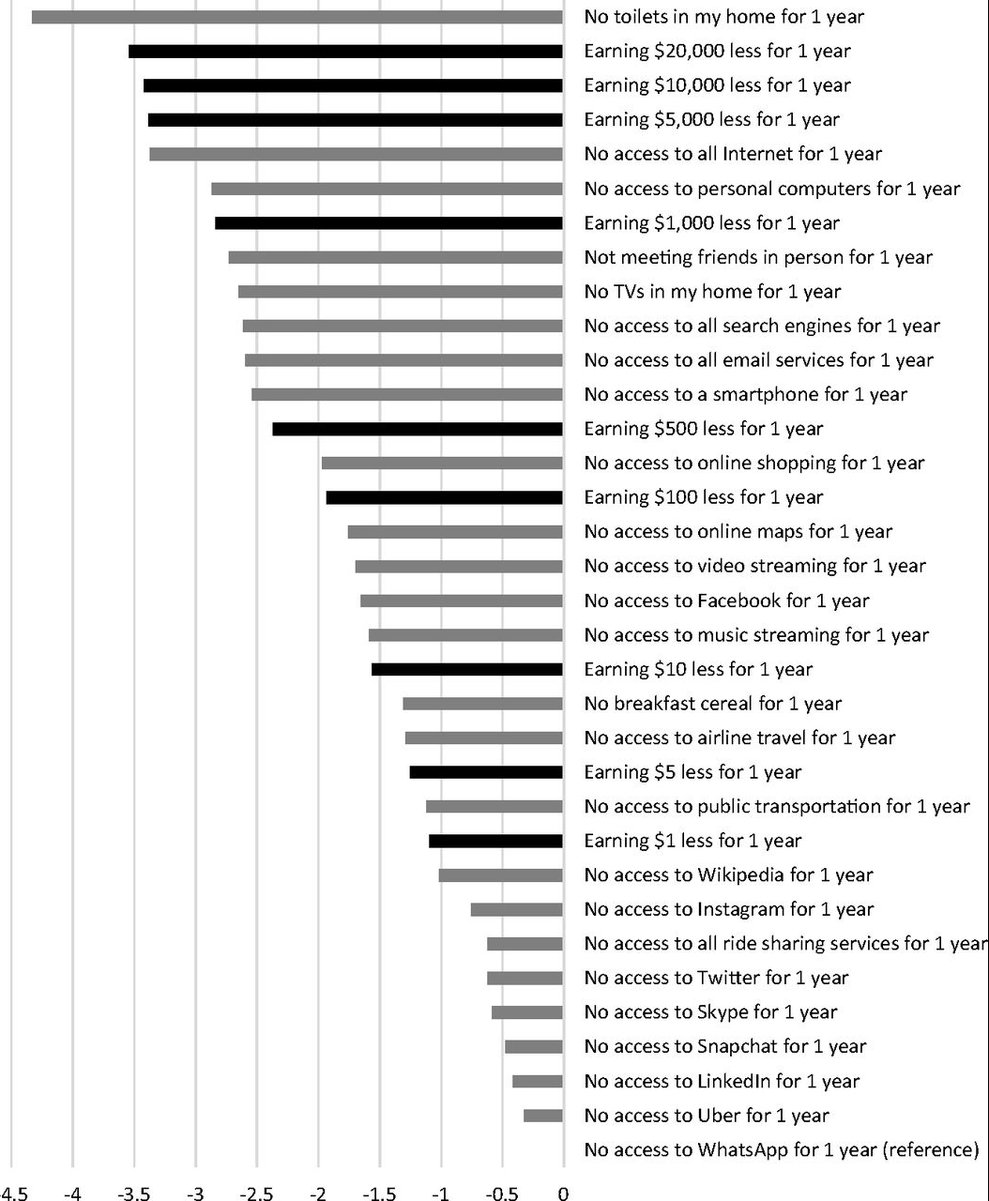