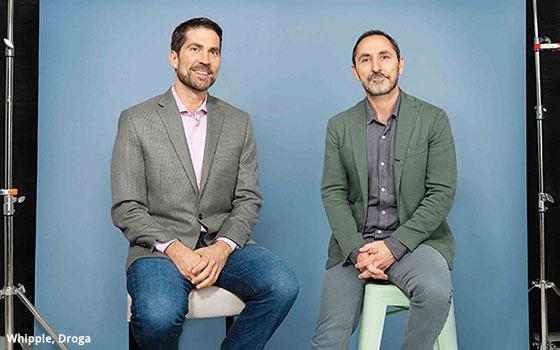 In a major statement about its Adland aspirations, Accenture has struck a deal to acquire Droga5, the independent creative powerhouse formed by David Droga in 2006. Terms were not disclosed.

The agency will become part of the consulting company’s advertising and marketing arm Accenture Interactive.

Droga will remain in his role as creative chairman of Droga5, Sarah Thompson will continue as global CEO and Bill Scott will remain as UK CEO, working alongside the rest of the agency’s management team.

The addition of Droga5 will represent Accenture Interactive’s biggest acquisition since its founding in 2009. Early acquisitions included design firm Fjord and e-commerce specialist Acquity Group in 2013. More recent acquisitions have included creative shops Karmarama and The Monkeys as well as expanding into areas like programmatic services.

“The future of brand building is not just about creating great ideas; it’s about creating great experiences,” said Brian Whipple, global CEO of Accenture Interactive. “We’re excited to work with David Droga and his team of brand strategists and creative minds to further our ambition to improve the full human experience with brands. As we celebrate the 10-year anniversary of Accenture Interactive, joining forces with Droga5 will be a game-changing milestone for us and the industry as we continue to assemble the right mix of capabilities for the modern-day marketer.”

Droga5 has more than 500 employees in New York and London (it closed its Sydney operation a couple of years back). Clients include Amazon Prime Video, Tourism Australia, The New York Times, IHOP, Kraft, Under Armour, HBO and others.

The agency has been named Agency of the Year 20 times by various organizations including Cannes Lions International Festival of Creativity and the North American Effie’s.

“Since day one, we have worked hard to push our industry forward and, hopefully, make a positive impact for all,” stated Droga, founder and creative chairman of his namesake agency. “The world of advertising is changing, and we are excited for this incredible opportunity with a company that will add more dimension to our best ideas and push us beyond our existing ambitions. The proposition we can bring to market with Accenture Interactive will transform the industry.”

Completion of the acquisition is subject to customary closing conditions, including antitrust clearance.