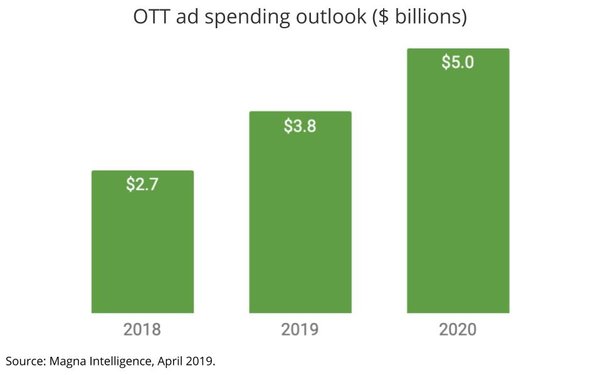 OTT (over-the-top) video ad spending is expanding at the fastest rate of any major medium and will approach $4 billion this year and $5 billion next year, according to a revised advertising forecast from IPG Mediabrands Magna Intelligence unit.

“The media landscape is set to change in 2019 as OTT and VOD (video-on-demand) reach mass market and become more competitive with the launch of new services,” Vincent Letang, Magna executive vice president-global market intelligence, writes in the report, published this morning.

“This may prompt SVOD players (Netflix, Amazon) to explore hybrid, ad-supported business models, and thus provide new opportunities for advertisers to reach customers,” he continues. He fueled speculation that the video ad marketplace will expand, not contract, as more consumer time is spent on subscription services.

Based on Magna’s analysis, the U.S. OTT ad market expanded 54% in 2018 and will grow another 39% this year, making it the fastest-growing segment of the ad-supported media marketplace. That's well ahead of social and digital video — see full forecast below.

“Linear TV ratings continue to decline, due to cord-cutting and the long-term shift toward subscription-based VOD, triggering growing cost-per-thousand inflation, as demand from CPG verticals remains robust,” he writes in Magna’s revised outlook. 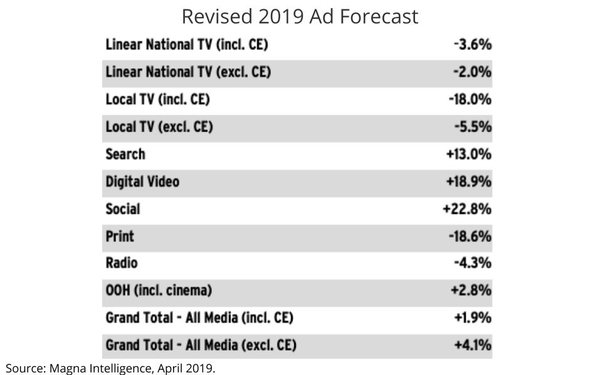 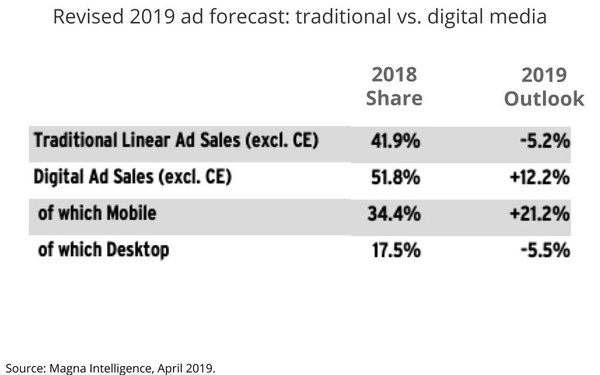