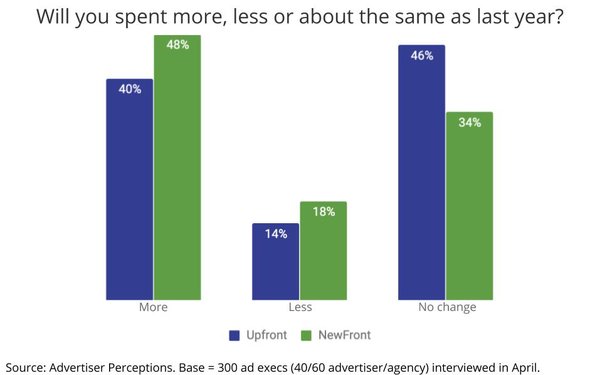 In terms of allocating their ad budgets, ad executives are much more bullish on spending in this year’s NewFronts than the conventional TV upfronts, especially marketers.

Nearly half (48%) of advertisers and agency executives say they plan to boost their spending in this year’s NewFronts marketplace, versus only 40% who plan to increase spending in the TV upfront marketplace.

The findings, which are based on interviews conducted with 300 ad executives by Advertiser Perceptions in April, are even more stratified when advertiser and agency responses are broken out explicitly.

While a majority (52%) of advertisers plan to boost spending in the NewFronts, only 46% of agency execs said they expect their digital NewFront budgets to be up.

The responses are reversed when it comes to upfront ad-spending plans, with less than a third (31%) of marketers planning to increase versus 44% of agencies.

For longer-term findings on how advertisers and agencies plan to shift their spending five years from now, see today’s edition of Research Intelligencer. 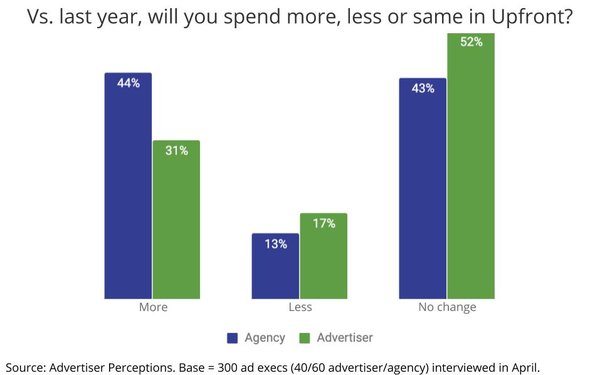 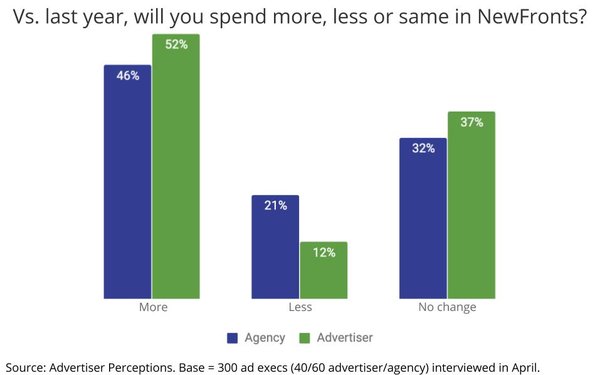