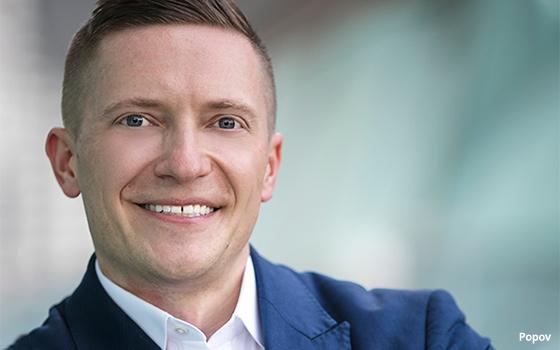 Global data use for advertising varies widely, but Evgeny Popov, Lotame's recently appointed global head of data, is up for the challenge. His parents pushed him to learn more about mathematics. Here's how it paid off.

Popov recently acted on his personal dream of moving to the United States from Singapore to work from the “Big Apple,” taking on the position at Lotame to head its global data exchange as VP of data solutions and international.

Lotame saw 460% growth in second-party data adoption last year. As its data business continues to expand rapidly, driven by a shift in the way marketers use data, Lotame’s third-party marketplace has more than 4 billion data points and actively sells more than 5,000 segments across more than 50 countries, with annual growth of 50%.

Popov played a key role in the company’s growth in the region, doubling revenue. He previously served as senior director and lead organizer for AdTech Meetups in Australia and Hong Kong, and also served as co-chairman of marketing and ad technology for IAB Singapore and the Ad Tech Advisory Council in Sydney.

Data & Programmatic Insider caught up with Popov to talk about data in Asia versus the U.S., along with some of his personal views on business.

D&PI:  What is the biggest difference in the use of data in Asia versus the U.S.?

Popov:  There’s a colossal difference, mostly cultural. When you look at Asia you group as one. You have diversity in terms of the way business is conducted, from Japan to Indonesia and Singapore. In those 14 markets there is a difference in the way you build trust.

In the U.S. there is a lot of offline data that can be onboarded and sold. In Asia there are no data -- we call them "match" providers that can bring that data online in a non-personally identifiable way. It limits businesses. In North America, about 60% comes from offline sources. In Asia it’s more contextual and traffic data.

D&PI:  Are there strategies or processes you might take from the Asian market and apply to the U.S.?

Popov:  The U.S. market leads in the use of data, so it’s not really about taking Asian processing and bringing it to the U.S. There is some crossover.

Data availability is key. Being more strategic is important -- working with agencies by not being just another data provider, but becoming a strategic and advisory partner.

Popov:  I’m trying to unify how all markets work. In Australia, for example, if there’s a global brand campaign for Nike, it’s about determining how it can work across all markets. It’s also about lining up all the teams. We have a lot of data globally.

D&PI:  What books are you reading and how might they contribute to your profession?

Popov:  I’m reading Legacy by James Kerr. I like books about thought leadership. I’m not a big fan of All Blacks, the New Zealand Rugby team, but that book was a phenomenal read. It talks about teamwork and cooperation and what it teaches us about business. It correlates with the ad-tech stack and how it applies to working as a team to create a global business and strategy.

D&PI:  When you were growing up as a kid did you want to work with data?

Popov:  I grew up in Moscow, Russia. I spent a fair degree of time there, and then left for Australia to do my masters in applied mathematics. My parents pushed me to work on mathematics and how it can apply to anything.

My analytical background skills have always helped me to think differently -- to solve problems and be logical in everything I do -- but data was never a concept when I was growing up. We didn’t have things called "Big Data." It wasn’t until 2000 that I gave it serious thought.

D&PI:  What is the one missing technology to support data?

Popov:  The one missing thing is the ability to transact on accuracy as a common currency. Say you’re in market for the car or have a strong affinity for Nike -- how do we validate that in real-time and let buyers only pay for the data if it’s accurate?