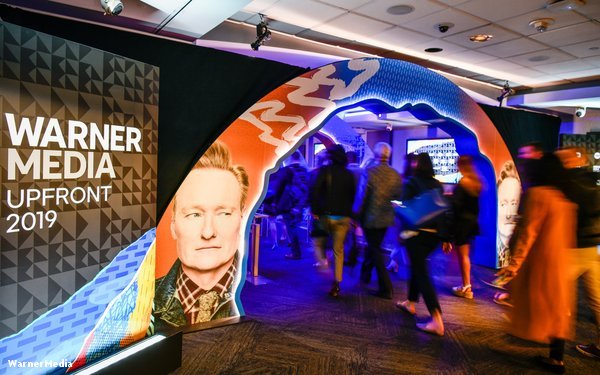 It wasn’t all that long ago when TV’s upfront week was all about broadcast television.

The week used to be dominated by NBC, ABC, CBS, and Fox. A decade or so ago, cable sneaked in as Time Warner bundled its channels together during the week. NBCUniversal’s suite of cable channels followed.

Perhaps even more significantly, streaming video played a significant role in every single event, save for the newly slimmed-down Fox.

NBCUniversal kicked off the week at a venue named after the first form of electronic mass communication: Radio City Music Hall. Still, it was the company’s digital plans that made headlines.

NBCUniversal ad sales chief Linda Yaccarino called the company’s streaming video plans “an unprecedented investment in data, technology, and content, including everything you saw today on a scale you cannot possibly imagine,” and announced a mid-2020 launch time frame. Unlike Netflix, NBCU’s offering will be ad-supported, and free to all cable subscribers.

On Tuesday, Disney’s upfront opened with major news: the company had secured full operational control from partner Comcast, allowing it to fully execute on its version for the streaming service. Those plans remain in flux, but Disney CEO Bob Iger spoke about an international expansion, and a bundling with ESPN+ and Disney+. ESPN+, meanwhile, saw stage time during the presentation itself.

WarnerMedia also teased the company’s upcoming streaming service at its upfront on Wednesday.

“When we introduce our new WarnerMedia service early next year, you’ll see not only a very attractive new alternative in the SVOD marketplace. You’ll see a more integrated approach from WarnerMedia,” WarnerMedia programming chief Kevin Reilly told attendees. ‘The addition of our new streaming connection to the consumer, plus each of our networks’ distinct assets, distinct audience profiles and massive reach -- all working together -- will be an equation few, if any, will be able to match.”

Even CBS, arguably the most traditional of the broadcast networks, leaned into streaming at its upfront, held at Carnegie Hall.

“Here at CBS, we aren’t crawling into the streaming space, we are already running,” CBS ad sales chief Jo Ann Ross told the crowd adding that “we have been ad-supported since we started [in streaming] five years ago.”

The company teased upcoming shows for its CBS All Access service at its event, including the name for its next “Star Trek” series, “Star Trek: Picard.”

Despite annual complaints that the upfront week is outdated in today’s media environment, it is hard to ignore the massive shift happening in media. Consumers are embracing streaming video, and this year’s upfront presentations set the table for the big companies hosting the events to lean into streaming in the coming years.

There is no shortage of streaming video startups making the argument that they will be stealing TV ad dollars as consumers watch less linear TV and watch more content through streaming.

If Disney, NBCUniversal, WarnerMedia, CBS and the other giants have their say, however, that cash will stay within their coffers, and this year’s upfront teased their strategies to do so.