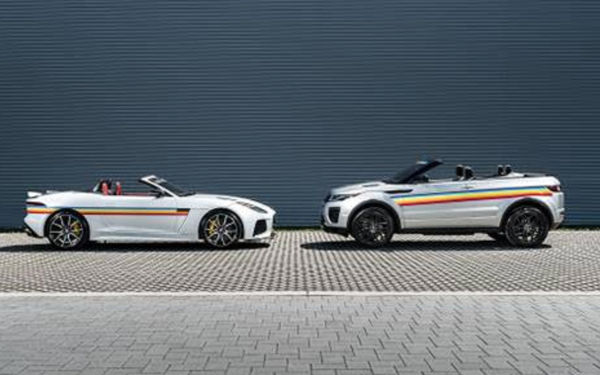 As Pride Month draws to a close, celebratory activities in New York this weekend are inspiring marketing activations.

Macy’s flagship store decorated its famous windows with a rainbow tribute. Digital billboards are splashed with pitches for Pride-themed clothing and cosmetics sold at nearby stores, including Sephora, CoverGirl and Levi’s.

The vehicles -- a Jaguar F-TYPE SVR Convertible and a Range Rover Evoque Convertible -- have been outfitted with a rainbow stripe that runs the length of the vehicle and down the hood. Jaguar Land Rover employees will march in the parade alongside the vehicles.

The automaker offered a variety of activities, including a guest speaker panel, to internal employees throughout the month. This panel and the brand’s participation in the 2019 NYC Pride March were ideated by the Jaguar Land Rover North America DRIVE team.

DRIVE -- which stands for Diverse, Respected, Included, Valued, and Empowered -- is a group of employees from various internal divisions that meet regularly to brainstorm ideas and events that will foster a culture of diversity and inclusion.

Meanwhile, Trojan Condoms is taking a more lighthearted approach. The Conecocktions Ice Cream Truck hits the streets of NYC today, celebrating “cones” of every shape and size and encouraging thousands of New Yorkers and WorldPride goers to have #PrideInMine.

The truck will continue to circulate through Sunday during the march.

Also related to the parade, MassMutual is launching an out-of-home campaign linked to Pride Month, the parade and the 50th anniversary of the Stonewall Uprising. Johannes Leonardo conceived the effort, which gives people a chance to have a presence at the parade even if they can’t physically be there.

In the spirit of the brand’s promise to “Live Mutual,” those unable to physically attend are asked to tag their photos on social media with the hashtag, #SignOfPride. MassMutual will display these homemade pride signs on their social platforms, in addition to taking over LinkNYC stations during the parade.

The top branded-content post on Instagram has been a Tyler Blackburn collaboration with Calvin Klein at 196,000 actions. Other leading posts with more than 72,000 actions each were Aquaria collaborations with T Mobile and Arianna Grande, and Shannon Beverage with Marriott International.

With the largest event in the country, New York’s parade on June 28 and a weekend of activity yet to be held, new content is expected to spike by the end of the weekend, according to the company. 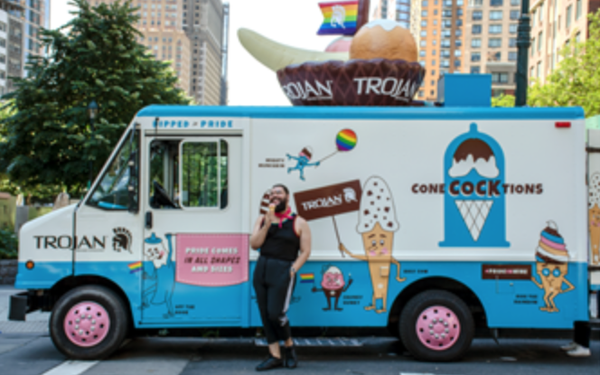