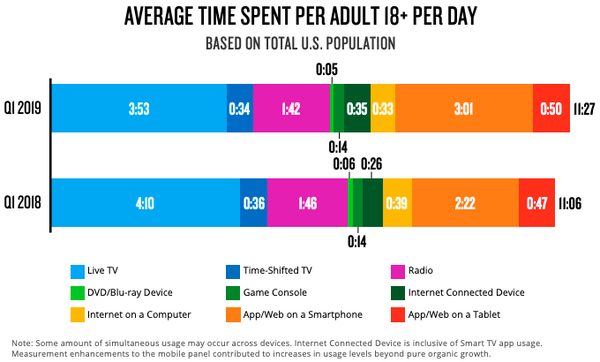 There was the most recent edition of Nielsen’s “Total Audience Report,” which shows that despite the shift to all things digital, radio still has about a 15% share of the time the average American spends connected to media throughout his or her day.

While that is notable in itself, it was the second analysis from GroupM’s Brian Wieser that made me think twice about the first statistic.

Using its still-impressive share of time spent with media, Wieser uses radio to knock down a popular thesis espoused by venture capitalist Mary Meeker — that the time people spend with media should correlate with the share of advertising dollars marketers invest in those media.

While Meeker has mainly used it to make a case for newfangled digital media — first desktop and now mobile — Wieser shoots it down, noting the connection between time and media is “coincidental” not “causal.”

“If time-money gaps correct themselves, what about radio?” he writes. “The time-as-a-driver-of-spending argument really falls apart in the weakness of investment in radio.”

According to Meeker’s analysis, radio has less than an 8% share of ad spending, which is nearly half of Nielsen’s current estimate for share of time spent connected with media, or about a third less than Meeker’s estimate of 12% of the time spent with all media.

Wieser explains that radio’s lower share reflects a variety of other secular factors influencing demand from advertisers, not the amount of time people spend listening to the medium.

Conversely, Meeker overinflates the ad value for digital media for a variety of reasons, including the fact that much of the time people spend on digital — especially mobile — is not even related to an advertising opportunity. (Remarkably, people still use their phones to communicate with other people, sometimes even talking to them.)

“The true driver of growth of advertising in any given medium is the emergence or decline of companies that are disproportionately likely to rely on that medium,” Wieser asserts. He notes it has been shifts in established marketers’ media strategies — and especially the rise of new endemic digital marketers — that have buoyed digital’s ad share growth in recent years, not the amount of time people spend with media. 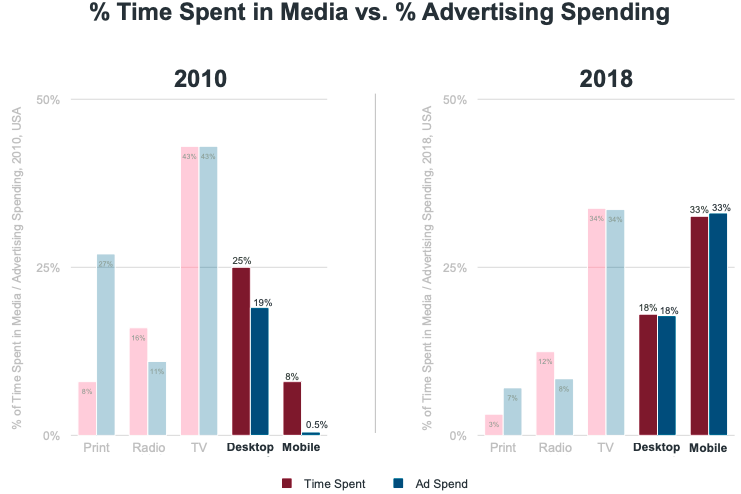