Why The Ad Industry's Attention Finally Is Shifting To, Well, Attention

Despite the emergence of a Golden Age of data and ad tech, the ad industry still has fundamentally valued media either on an “opportunity-to-see” or a performance basis.

With the exception of some out-of-home media, which are measured on the basis of a propensity to see an ad, media buys have essentially been a binary process of “impressions” and “outcomes.” That’s about to change as several key developments begin shifting the industry to measuring what has actually been seen or heard, and perhaps most importantly, what people actually paid attention to.

The Media Rating Council already has put new standards in place that will enable audience measurement suppliers to create systems measuring not just how long an ad was in view, but how long consumers were exposed to it. Over the next year, it will focus on developing standards enabling those ad exposures to outcomes, effectively closing the loop between cause and effect.

But an interesting new metric has also taken root that the ad industry should actually be aspiring to fulfill: attention.

Like previous measurement buzzwords of the past -- especially engagement -- attention is still a little in the eye of the beholder. That’s why a group of attention-based measurement providers created The Attention Council. The council, which was formally announced during “Quality Metrics: Beyond Viewability,” a summit organized by Adelaide.

The summit, which features a keynote conversation with former Fox ad sales chief/now CEO of Attention Capital Joe Marchese, and panels with leading thinkers on the subject.

The effort is a good step in the right direction, but without a cross-industry authority like the MRC, or at least a big supply-side backer like the ANA’s, 4A’s and IAB’s 3MS, it’s not likely to coalesce as industry standards.

But that’s okay, because based on the work, I’ve already begun seeing some smart agency traders developing based on attention data suppliers like Adelaide, the evolution will happen on a grassroots basis.

Either way, the emergence of genuine attention metrics could finally be the answer to what Marchese has long identified as the ad industry’s equivalent of a subprime trading crisis. 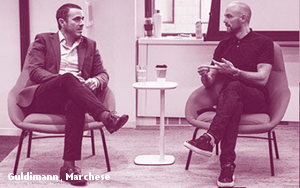