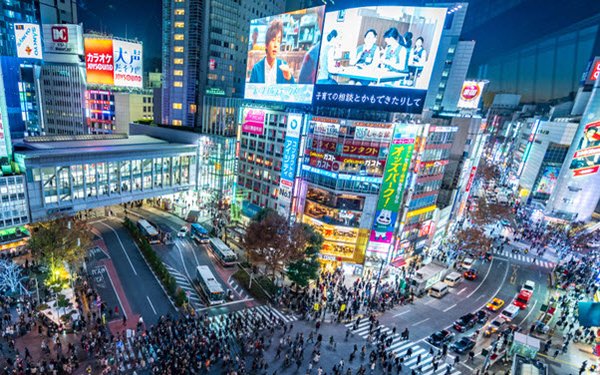 Programmatic, impression-based digital out-of-home (DOOH) is taking hold in Japan in time for the 2020 Summer Olympics in Tokyo.

Mobile phone users can be targeted by gender, age and other attributes as they move around and approach various DOOH screens.

The Marketplace’s SSP lets media owners sell negotiated packages of inventory through private deals, and its ad exchange allows owners to monetize unsold ad spots in a loop, via documented Live Board APIs.

Live Board — which has been operating in proof-of-concept mode since launch — has now made the exchange live and aggregated partial inventory in Japan, and some global brands have begun making programmatic buys through the platform, according to the company.

Today, Live Board is announcing that OOH programmatic buying and selling platform company Hivestack is partnering to provide the tech backbone/ad-serving technology for the Live Board Marketplace. ''

Hivestack, based in Canada, has developed a Japanese-tailored version of its platform and launched a Japanese unit based in Tokyo.

“While we will use the Hivestack platform for our owned Live Board inventory, the plan is to also roll up the extremely fragmented publisher side of Japanese DOOH into one consolidated ad exchange, thus making DOOH easier to buy at scale,” Ichiro Jinnai, Live Board’s CEO and president, said in announcing the partnership.

In an email interview, Hivestack CEO Andreas Soupliotis noted that up to now, DOOH publishers have typically been selling a spot in a loop for a period of time.

“With this new model, programmatic buyers can buy impressions, not locations, and target a custom audience — like coffee enthusiasts — as they move around throughout the day,” he says.

Because DOOH has also been extremely difficult to measure, he says, marketers have been buying DOOH “as a means to bolster reach and frequency, which meant paying for tonnage and spill impressions and not really knowing if it drove meaningful business outcomes.”

The impression-based approach will “encourage marketers to move away from spray-and-pray tactics,” he says.

For instance, marketers will be able to determine whether consumers exposed to DOOH advertising visited retail stores at higher rates than consumers not exposed to the ads.

Live Board and Hivestack are also working on creating attribution models that go beyond lower-funnel measurement, like store visits, to include mid-funnel and intent measurement for B2B advertisers, he says. “Advertisers will be able to activate DOOH screens based on real-world behaviors, and link DOOH exposure to real-world business outcomes.”

Even in the absence of an Olympics event, DOOH is a large and growing business in Japan. With projected DOOH (no traditional OOH included) ad spend of $2 billion this year, per PQ Media Report, Japan is behind only the U.S. and China in ad spend for this media segment, with projected spend of $3.7 billion each for 2019.