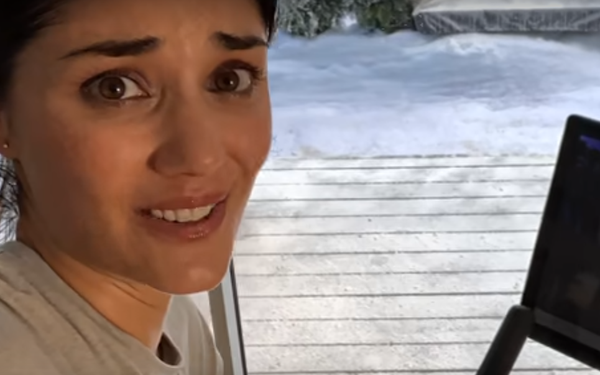 The story of the year's most-bashed ad, Peloton, came in at No. 4.

Every year, the list of my “most-read” stories and columns perplexes me. Week in and week out, I try to cover developments I hope are helpful: retail, beauty and fashion brands that are coming up with unexpected ideas, or failing in ways that might prove instructive. I write about research that illuminates trends that seem important and D2C developments that might inspire a more traditional company. I know which ones I sweated the most, or which woke me up in the middle of the night.

But in the 13 years I’ve been doing this, no No. 1 story has stunned me as much as “Influencer Marketing Has Peaked – Here’s What’s Next.” The research from Kantar indicates that Gen Z’s preference for the practical is already spelling the end of the Age of Influencers, as millennial-fueled passion for the Instagram aesthetic wanes. (I should have seen that coming as soon as Taco Bell rolled out its Instagram Boyfriend ad, but I appear to be a few beats behind this one.)

Likewise, I never would have predicted that women’s sexual satisfaction would prove so interesting to marketers, with “'I Come First’: Lunya Sleepwear Campaigns For Women’s Orgasms” coming in as third-most read. But I bet this story resonated for a reason that’s bigger than the ever-intriguing O word. It’s gratifying to read about how a small D2C company crafts such an original campaign, by drawing the straightest line between audience and brand purpose.

D2C brands continue to be reader catnip. That includes our take on the year’s most-bashed ad, "What the Peloton Backlash Says About The D2C Universe," (No. 4) as well as ever-intriguing peeks into other brands’ budgets: "SmileDirect, DoorDash and 23andMe Top D2C Ad Spenders" (No.8).

And at a time when it’s hard for many companies to achieve even small incremental growth, insights into how others are winning with customers get lots of clicks. Those stories include "Burberry Says Social Media Is Powering New Branding Strategy"" (No. 5) and "With $100 Hyperlocal Jeans, Wrangler Brings Sustainability Home" (No. 6.)

Super Bowl coverage is always appealing, as with "Bud Light, 'Game Of Thrones' Win 'Play It Safe' Bowl" (No. 7).

And finally, it’s nice to know that the annual story about the Neiman Marcus Christmas Book — always one of my happiest days in October — tickles our readers’ fancy as much as it does mine. “From 007's Ride To Custom Doghouse, Neiman Marcus Has It All,” came in at No. 10.

And yes, this year, I really did ask Santa for the James Bond car. Maybe next year.