Case Study: Body-Positive Campaign Shapes Up To Be Winning Strategy 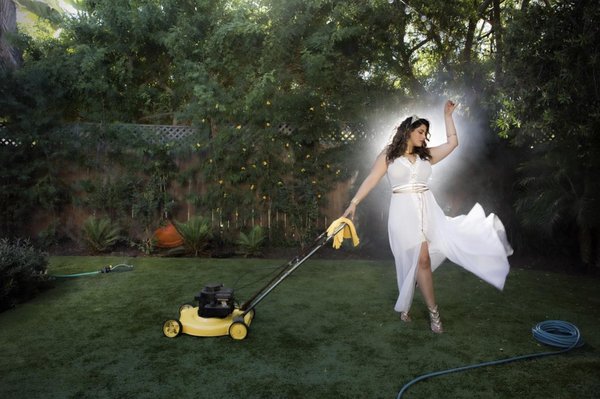 You can register to read more such brand case studies right here!

Shapermint has grown to 2.8 million customers since its launch in 2018. The company is on track to break $150 million in annual revenue by 2020. They achieved all of this through a heavy investment in brand and product awareness, and a laser focus on high-performance, high-conversion tactics.

Having scaled so fast, however, they realized they needed to take a step back and focus on engaging their customer base in a meaningful way, while still maintaining sales momentum. Their new campaign prioritizes driving repeat business among current customers in addition to their ongoing focus on new customer acquisition.

Shapermint chose to put their customers’ feedback—and a public debate about shapewear—at the heart of their new body-positive campaign that was targeted to include three priority groups: women over 18 in the U.S., Australia, Canada, New Zealand and the UK on Facebook; its current customers to drive engagement and message sharing; and visitors to its website based on the last time they purchased. The last is Shapermint's most profitable audience for this specific campaign, says CMO Massimiliano Tirocchi.

Specifically, the company reviewed feedback from thousands of customers who shared insight into the key life moments when they feel they need an extra boost of confidence: following childbirth, in response to medically induced weight gain, for job interviews, in advance of a wedding or big event, at work, and as they hit common milestones in their body’s evolution.

It also took into consideration a growing debate among women. Some women look to shapewear to navigate the grey area between decades of being force-fed unattainable body standards and a new era where they’re now feeling pressure to love their bodies unconditionally. Other women believe that shapewear is just a new way of perpetuating unrealistic body expectations.

"We know, for instance, that we see higher audience conversion over the weekends," says Tirocchi. "So we allocate more budget to these days as consumers have more time to engage with, say, a long video and actually decide to buy from it. Virality is also an important part of this campaign, so during the week, right after the budget increases over the weekends, we focus more on organic engagement. This allows us to be more efficient and effective with our budget allocation and return on ad spend.

"While running the Masterpiece campaign, we also accompanied the long-form campaign video with multiple variations of images, shorter video clips (15s and 30s) and gifs that drove more engagement with the main video. In this way, we can continue engaging with our audience in a more profitable way with the same campaign, while enhancing this main message we want to deliver."

For the resulting “Feel Like the Masterpiece You Are” campaign, Shapermint teamed up with names like Denise Bidot (the first plus-size model to walk multiple runways in New York Fashion Week), Carmen Carrera (transgender TV personality), Andrea Thomas (model with vitiligo) and others, as well as the Harmon Brothers—creators of viral videos for Squatty Potty, Poo Pourri and Purple.

• A tongue-in-cheek Harmon Brothers video featuring the goddess of love and beauty herself, Venus de Milo. With the help of her friends Mona Lisa, Narcissus and a group of tourists at the Louvre, Shapermint’s Venus offers her take on the pressure women face to constantly love their bodies, even if their bodies are ever-changing.

• 7 "Everyday Goddess" Digital Ads:  Shapermint and a cast of 7 influential women who have overcome various physical challenges or life experiences created an “everyday goddess” digital ad series. The women are portrayed in glamorous flowing Greek garb as they navigate common domestic situations, like mowing the lawn or multi-tasking coffee and texting.

• Influencer Campaign: In addition to partnerships with a number of micro- and major-influencers, all seven participating women took part in promotion of the campaign to create additional awareness for the body confidence message and drive traffic to a dedicated campaign landing page.

• Giving Tuesday Donation to Bottomless Closet. Since “job interviews” are an area where many of Shapermint’s customers claimed they feel they need a boost of confidence, Shapermint donated 450 pairs of its Empetua All Day Every Day High-Waisted Shaper Panties (a value of $21,600) to Bottomless Closet on Giving Tuesday, in hopes of helping the women the organization serves feel even more confident during their nerve-wracking job interviews.

"Our goal is to reshape the conversation around shapewear by letting women know it’s okay to wear it and that they don’t need to feel ashamed, or like they’re betraying womankind, for wearing it,” said Stephanie Biscomb, Head of Brand at Shapermint.

• The campaign video has had nearly 12 million views in just over a week.

• From Black Friday to end-of-day Cyber Monday, Shapermint did more than $4.7 million in revenue (influenced in large part, but not completely, by the campaign).

• Sentiment, as reflected in public and private comments, has been disproportionately positive.

"The campaign was a true collaboration on many fronts: the people and agency (Harmon Brothers) involved, as well as the perfect collaboration between performance-focused tactics and a brand-first approach," said CMO Tirocchi.

"Our marketing team and their creative team worked very much together from conceptualization onwards. We trusted 100% in their vision and humor chops to actually sell, but they also brought valuable data to the table in terms of our own converting creatives.

"The result is pretty much a piece that truly shows what 'Brandformance' Marketing is all about: the pairing of performance marketing and brand messaging that actually converts.

"We think that, moving forward, the future of successful digital campaigns lies in the true balance between branding and performance campaigns. Customers are bombarded with messages all day long -- having them pay attention to a creative is hard enough, imagine banking on having them paying attention to two, three or four.

"There is still a place for the regular top-and-bottom-of-funnel acquisition campaigns combined with mid-and-bottom-funnel branded content, but truly combining both into one creative piece is the new holy grail of online advertising."