Lionsgate Q4 Outperforms Thanks To Theatrical Films, 'Knives Out' 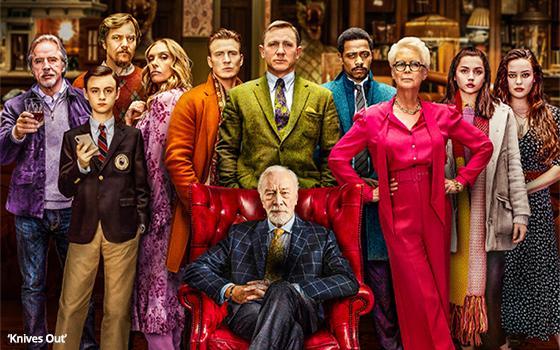 Lions Gate Entertainment posted strong 31% revenue growth for fiscal Q3 in its motion picture division for the period ending in December 2019 -- largely attributable to the success of “Knives Out.”

The company pulled in $156.4 million domestically since the movie’s November release, with almost $300 million worldwide. Overall motion picture revenues were up 30.7% to $473.9 million. The company also benefited from “John Wick: Chapter 3 – Parabellum.”

Its media networks -- which contained its premium cable network, Starz --  grew 4.3% to $382.4 million. Net profit declined 23.9% to $102.1 million due to its investment in Starzplay International, a website/mobile app featuring original programming and feature film content.

The company projects Starzplay subscriber growth to be between 15 million and 25 million over the next five years.

Starzplay is available in Brazil, France, Germany, Mexico and the UK, with plans to launch in an additional 20 countries in 2020.

Ovearll Starz subscribers -- U.S. and International, linear and OTT -- were at 28.5 million, up from its 26.4 million fiscal third-quarter 2019 results. Overall Starz revenue was up 1.5% to $367.6 million for its current reporting period.

Television production revenues were down 13% to $189 million, due to timing of production schedules, TV show deliveries, and development costs.

Total company-wide revenue was up 7% to $999 million, with adjusted net income attributable to Lionsgate shareholders to $32 million -- down from $79 million.

During the period, the company had an operating loss of $39.5 million.