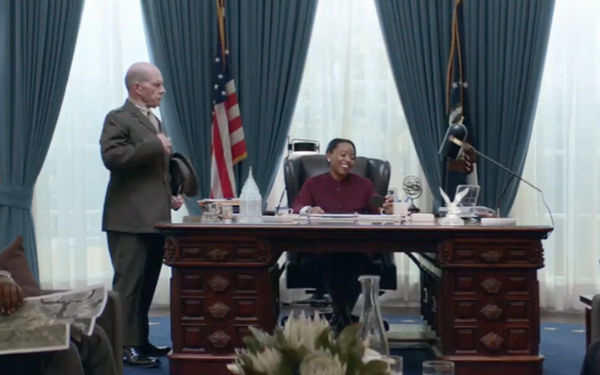 Quibi is using Hollywood’s biggest motifs to show that everyone has time for a Quibi.

The yet-to-launch mobile-first streaming technology platform will debut five commercials from BBH LA during the Oscars telecast, a continuation of its pre-launch campaign to introduce audiences to its mobile-first entertainment platform.

The company invested millions to explain its concept to the massive Super Bowl audience. But viewers didn’t connect. USA Today’s Ad Meter showed Quibi’s “Bank Heist” to be the fourth-worst-rated out of the game’s total 62 ads, with a rating of 4.4.

Quibi -- which is short for “quick bites” -- is built for on-the-go mobile viewing with new episodes of shows delivered in 10 minutes or less.

The 30-second spot, “Asteroid,” shows an asteroid hurtling toward earth. A general informs the president that impact is a “mere few Quibis away” so the president pulls out her phone and watches an episode of “Dummy,” starring Anna Kendrick.

The four 15-second spots include “Quicksand” which shows an explorer who finds himself trapped in quicksand. With just a Quibi until it takes him under, he starts an episode of "Chrissy’s Court," entertained by Chrissy Teigen’s courtroom show as he slowly sinks.

“Train Tracks” shows a throwback cartoon world where the trusty sheriff gets tied up to train tracks. The villain informs him the train will arrive in just a Quibi. After struggling to free his arms, the sheriff pulls out his phone and watches an episode of “The Now,” featuring Bill Murray.