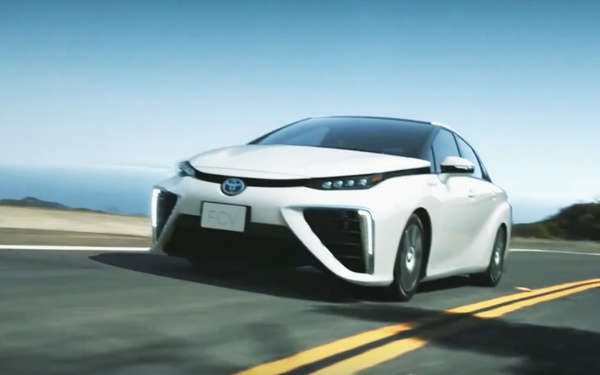 But the 2020 Summer Olympics in Tokyo, set to occur July 24 through Aug. 24, could potentially be impacted by the increasing spread of the deadly coronavirus, says Ed Laukes, group vice president of Toyota Division marketing at Toyota Motor North America.

“I really hope the games aren’t affected,” Laukes told Marketing Daily during an interview at the Chicago Auto Show on Feb. 6. “We need unification, not only in the United States but around the world, and the Olympics does that. And if it gets tainted because of the fact that people won’t go to Japan or they don't have a handle on it by then, then it’s really going to drag down the Olympics.”

The virus has infected over 28,000 people across more than 25 countries and territories, and more than 560 people have died, according to CNN. Most cases and all but two deaths are in mainland China, but at least 45 cases have been reported in Japan.

Laukes previewed some of the creative from Dentsu and Saatchi & Saatchi LA already prepared for the Olympics during a keynote address to the Midwest Automotive Media Association on Thursday at the Chicago Auto Show. He was scheduled to leave Saturday to fly to Japan and meet with global distributors about the effort.

“It’s exciting for us because we get the chance for a second time in a row, in the whole history of Toyota, to do a global campaign,” Laukes says. “It’s exciting to see the [global distributors] react to it, but then also learn about all the nuances of their market and how people react to creative.”

Agency executives are meeting Laukes in Japan to discuss the collaborative creative effort.

This is the second time the two agencies have partnered on a campaign. The first, which kicked off the still-used “Start Your Impossible,” rolled out in 27 countries in February 2018 for the Olympic and Paralympic Winter Games PyeongChang 2018.

“There are so many people who asked me how did you do that -- how did you have the number one and number three advertising groups on the planet between Publicis and Dentsu work together?” he says. “It’s really easy. You establish the swim lanes early, who is responsible for what, they don’t feel threatened -- and now they actually are friends.”

As an example, the ad execs “will have not only meetings and preparations for the presentations, but they also go out and have meals together and enjoy each other, because they are not threatened by the other. They all work for the power of the Toyota brand,” he says.

A three-minute video includes examples of the equipment that Toyota has been working on to fulfill the goal of “Mobility for All,” such as the e-Palette autonomous bus, which will move staff and athletes around the Olympic and Paralympic villages, and the APM (Accessible People Mover), which will assist those with accessibility needs.

Also featured are such new models as the hydrogen-powered Mirai and the Toyota Concept-i.

Toyota also unveiled seven new SUV and pickup truck variants at the Chicago Auto Show, including the tricked-out “Nightshade” special editions of the Tacoma and Tundra pickups, and the Sequoia SUV.