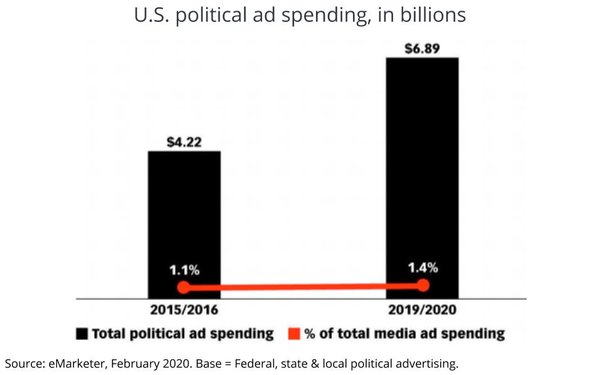 Political ad spending during the 2020 campaign cycle will approach $7 billion, accounting for 1.4% of all media advertising revenues, according to a first-ever political ad forecast issued by eMarketer. The estimate, which covers the 2019-20 political campaign period, represents an increase of 63% over the comparable presidential election cycle in 2015-16, and is fueled in part by the growth of political digital advertising.

Even so, TV still continues to dominate political campaign strategies for federal, state and local offices, as well as issues-oriented campaigns.

"That means in the 2019-20 cycle, spending on political TV ads will account for 3.2% of all TV advertising and 66.0% of all political ad spending," eMarketer's report states, adding, "TV’s share of political advertising is up a bit from the prior election year, as it takes share from radio and print." 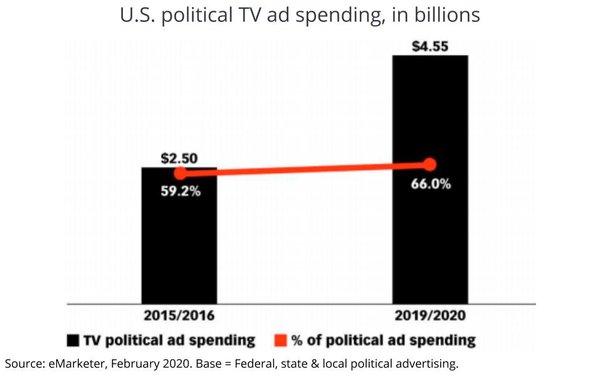