How CTV Is Weaning Advertisers Off Walled Gardens, Cookies Too

There were some important indicators disclosed as part of The Trade Desk’s earnings call late last week, that suggest some strong positive trends for the programmatic marketplace in 2020 -- and beyond. And by that, I don’t just mean the publicly traded DSP’s strong results, which were impressive, but where they are coming from.

The two most important and telling ones for me are the growth of connected TV (CTV), and, on a related note, the implications for data-targeted programmatic buys in a “post-cookie” world.

Let me start with the second point first, because its TTD’s assertion that advertisers are moving aggressively into programmatic CTV so they can break the “walled gardens” lock on data targeting.

“Advertisers view CTV as a way to break their dependence on walled gardens,” TTD CEO Jeff Green said during his earnings call with Wall Street analysts. The case for that, he said, was that the same constraints over first-party data that walled gardens like Google, Facebook, etc. have been leveraging as the de facto go-between for advertisers and consumers, essentially doesn’t exist in CTV, and that the real game is just figuring out the best way to leverage the advertiser’s data about their customers to most effectively and efficiently target them.

The case Green makes is that CTV is giving advertisers the confidence to free themselves from the walled gardens’ first-party data in display and social.

And the fact that CTV is perceived by many to be even more “premium” inventory than display is just icing on the cake.

Green also made the case that the erosion of third-party cookies is far from the existential threat to digital data-targeting that many have made it out to be, especially Google’s recent announcement.

For one thing, Green said it’s not even 100% clear yet that Google will do with Chrome what Apple did with Safari: remove third-party cookies completely. Based on his intel, he said it’s more likely that Google will figure out a better way to “thread the needle between privacy and relevance,” and that the end result may actually be a net positive for consumers and advertisers.

Lastly, Green made a fairly compelling case that TTD will do fine even if Google dumps cookies outright, noting that in the most recent quarters TTD’s Safari-based ad buys have been growing faster than it’s Chrome business, despite -- and possibly even because of -- the obliteration of third-party cookies.

In terms of CTV, Green made the cast that 2020 will be a tipping point for programmatic media-buying in CTV, and that it would represent a fundamental shift for linear TV too.

It’s not just the recent trajectory, he said, noting that TTD’s CTV business grew a whopping 137% last year, but some underlying developments that will make CTV an even more effective medium than linear TV.

Specifically, he cited a new “header bidding-like” product introduced by Comcast’s Freewheel division that will effectively give programmatic advertisers access to the entire CTV supply chain simultaneously. This, he said, would shift the TV industry from its historic reliance on a “waterfall” approach that carved off the most premium ad inventory for direct sales and tossing its remnant inventory over to the programmatic side.

“Buyers get to consider all the supply at once,” Green said of the new Freewheel technology, projecting it will boost both demand and CPMs for programmatic TV buys. 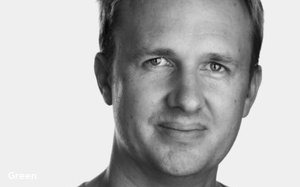