We asked Drury to discuss his take on how strategies need to change as even more streamers from big brands are poised to launch — and how the unexpected new dynamics triggered by the coronavirus crisis might come into play. 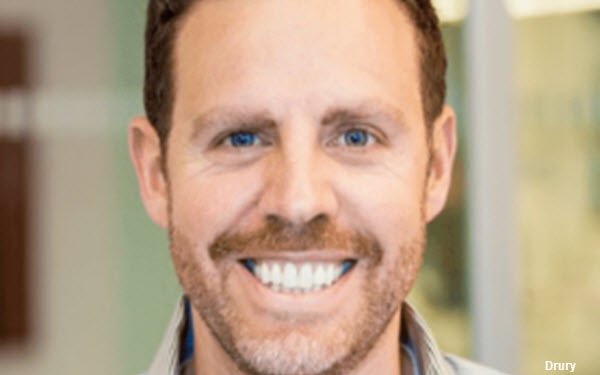 Why do you believe that streaming services need to shift some focus to retention strategies that build affinity?

Drury: People tend to only be willing to pay for two to three services, so the current leaders in the space — e.g., Netflix — are going to have to take steps to make retention a priority as defense against the newcomers.

Content is too ubiquitous to create retention on its own. People are already overwhelmed by the good shows and videos they can find on every channel and platform, and it’s only going to escalate. They’ll pick go-to services based on the relationship a platform creates with them, which makes it a destination in their daily lives.

In recent times, the efficacy of points and other rewards programs in actually creating loyalty that results in sales has been questioned. Part of the problem seems to be that people became flooded with such options. What makes you think such programs would work for streamers?

Drury: Rewards programs are an example of a model that streaming services can use to build brand affinity, but they’re just one of many ways to do that. Streaming channels are going to start looking beyond simple content to drive brand love and affinity. This might come in the form of an actual affinity program or brand-based marketing campaigns that tout the value of the brand as a whole and being a subscriber.

On the experiential side, this might look like benefit-based experiences for subscribers — think front-of-the-line status at sports events or concerts, like Verizon Up. Or it might simply be live experiences that build around the brand as a whole versus a specific show or IP.

Overall, I think the streaming services are going to look to other categories that have been successful and borrow from existing models. That said, I do think different types of member benefits could work for streaming companies, simply because no one else is doing it right now.

Looking forward six months when there are basically about 10 dominant SVOD and AVOD options to choose from, all of which have appealing original or acquired content, perks that extend beyond the screen are going to matter to families and individuals as they decide which services to subscribe to.

You also think that streamers will need to start doing a lot of brand advertising to promote "smaller shows"?

Drury: With so many shows to support, it’s going to be hard to know where to focus their energies, so they are going to double down on their largest IP in order to make their name synonymous with the shows that fans love. That might come in the form of fan-forward experiences and activations that let fans touch, feel or experience the world of the show in the real world.

At the same time, this will mean finding low-cost, high-reach ways to promote smaller shows. These are likely to include partnerships and programmatic ad buys.

The marketing partnerships that have some kind of event or custom activation at their center will get the most press and eyeballs, so brands are going to continue to find new ways to collaborate.

Rewards programs aside (or maybe they'll be needed more than ever...?), what's your own take on what's going to happen to the streaming services as a result of the coronavirus pandemic?

Drury: For streaming services, I believe that the long-term effects of the pandemic will be beneficial — particularly if the “stay-at-home” mentality persists for weeks or months. I do think that this will accelerate the current shift away from physical theaters towards home entertainment.

I imagine that families are going to spend more time watching shows and movies at home this spring, which at the least is going to help them empty their queues, and could encourage them to explore new shows or even try out new services.

The exception in my view: This could put services like HBO Max and Peacock, which aren’t out there yet, at a disadvantage for now. But I don’t see this hurting them in the long term.

We saw that Disney+ decided to release “Frozen 2,” a major driver for new subscribers, early as a response to COVID-19 causing schools to close and companies to impose work-from-home policies. Will a move like that benefit Disney+ in the long run? Perhaps yes, because building brand loyalty is what brand experiences are all about. That move was a real interaction between the brand and its current and potential subscribers — responding to the "needs" at precisely the right time.

Post-coronavirus, both benefit-based and live experiences built around the brand might be exactly the splash that newcomers like AT&T or even veterans like Hulu need. They need to become “whole-package experiences.”

Do you think that paid services/SVODs will get a long-lasting lift? What about the large parts of the population who may be out of work and scraping to pay for the real essentials, like food and rent/mortgage/health care?

Drury: So much of this depends on the short- and medium-term effects of the economy and the stock market as a whole, which literally changes daily.

I could see a scenario where people are willing to spend less on non-essential goods like entertainment. However, another potential scenario is that people look at their $150-per-month cable bill and decide to cut the cord and get three streaming services totaling around $40 or $50 instead.

Will AVODs benefit more in viewership? What about ad spend declining in a crisis like this?

Drury: I don’t know that ad-supported services will fare significantly better in the long run, particularly if people do move from a more expensive traditional cable bundle to a relatively cheaper selection of streaming services.

It does seem likely that ad budgets will be affected, but if people really are struggling financially and tend to go out less in the coming months, then home entertainment will be a more appealing place for brands to spend their ad dollars anyway.