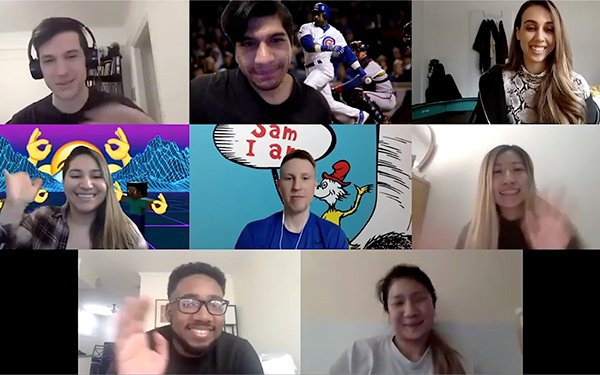 Creative talents are stepping up and using digital media to contribute to the fight against COVID-19. Some are sending heartfelt messages, while others are using their talent to earn and contribute funds to the front lines.

The in-house creative team at Direct Agents, known as Future First Studio, created a video, Together, We Are Strong -- a way to give thanks to all those serving on the front lines, as well as those across the world who have been lost and sickened due to COVID-19.

Some of the clips in the video came from family members of friends in the creative team, and others were sourced from posts on the web with permission to use.

Direct Agents, a digital marketing agency based in Manhattan and Los Angeles cofounded by Josh Boaz and Dinesh Boaz, prides itself on being an independent, minority-owned business. Today the company is spreading a message of inspiration and positive vibes.

The team hopes the video, which lives on its website and social platforms, can serve as a moment of inspiration and strength.

Cross-state collaboration seems to be the theme of many videos and creative endeavors these days.

Direct Agents CEO Boaz said this type of collaboration could become the new way to work -- at least for his agency. “We’ve probably made more content as a creative team that we have in the past six months,” he said. “We’re rethinking the way we work in terms of the buckets of content. It also proves we can cross-collaborate, with all keeping on message.”

Singer/songwriter Michelle Mangione spearheaded a similar experience. While driving on the 405 Freeway in Southern California, Mangione wrote "God Save the World” in her head. Then she put it to paper and contacted fellow musician Grace Slick from Jefferson Airplane and Jefferson Starship, along with 100 of her closest acquaintances in hopes they would contribute.

The collaborative effort turned into a heartwarming song and video.

Mangione, who often collaborates with Slick, says there are many options that allow people to donate supplies and money.

The donation starts at $1.50 per digital download, but donors have been generous, allowing her to split proceeds between a few organizations. Some possibilities, she says, include Memorial Care in Southern California, CAF America via Flexport, or Direct Relief.org.

One hundred percent of the donations from downloads are being donated.

“I also spoke with one organization who will provide free mental health care for workers suffering from PTSD,” Mangione said. "I will distribute some funding this week, but donations are still coming in, so I am very pleased."

It took about two months to write the song. The lyrics for the chorus were written almost immediately. Verses came next, and then the bridge. She had been frustrated with the division among people in general for a long time, and just kept singing "God save the world" out loud in her car.

For a brief moment, she struggled with using the word “God” in the song, because she thought many people would think it was a religious song and might not want to hear it.

“That brief moment was fleeting, as I realized, thinking about what people think of the song has never deterred me from saying what's on my mind before, so why now?” she said. "Besides, we use the word 'god' daily. For instance, 'OMG' or saying 'oh god' during an orgasm."

Mangione completed the song and prepared to record it just before COVID-19 hit. “I then realized there was a line in the chorus that said ‘we're hoping for a cure...'," she said. “It was a no-brainer for me. I needed to record it right away, so I did during lockdown. I didn't have the use of my pals, so I hashed it out myself in my home studio.”