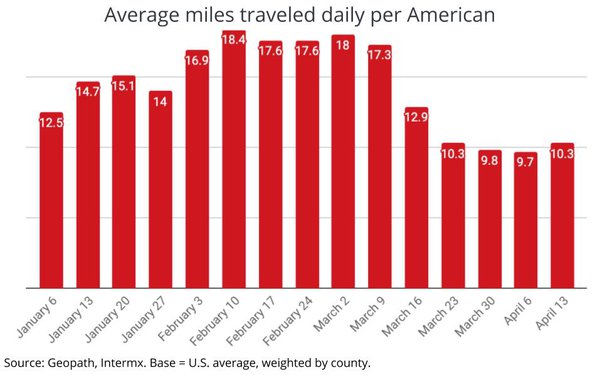 America has already begun "opening up," according to some unique out-of-home media planning data released today by Geopath and Intermx.

The data, which tracks the average number of miles traveled daily per person, shows it crashing since early March and then suddenly bumping up in mid-April.

The data, which is weighted by county, found that 15 states increased their travel week-over-week, the most significant of which were Mississippi, Alabama and California, up 18%, 16.6% and also 16.6%, respectively.