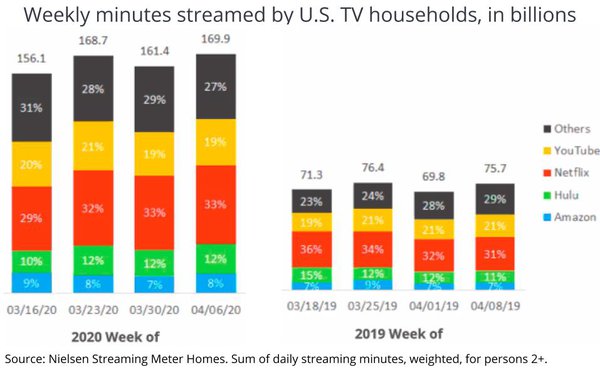 Characterizing the COVID-19 pandemic as a “lab scenario” for the media industry, the head of product strategy at Nielsen said there has never been such a concentrated period of consumer adoption of new and potentially disruptive media technologies like it before, and that it’s unclear how much of it will be sustainable and how much consumers will return to more “normal” patterns of behavior.

While the unprecedented spikes in overall TV usage levels from Americans stuck at home are showing signs of flattening, Nielsen Senior Vice President-Product Strategy Brian Fuhrer told attendees at an Advertising Research Foundation virtual “Town Hall” Thursday that it nonetheless is too early to tell if media consumption is “starting back to normalcy.”

The most abundant example of the unprecedented change, he said, was the number of streaming minutes Americans are spending on their TV sets.

Citing recent Nielsen data, he said American TV households currently are spending 170 billion minutes streaming content on their television sets, which is up 143% from about 70 billion a year ago.

Fuhrer said time spent streaming on TV was already ascendant prior to the pandemic, but that America’s shutdown accelerated it exponentially.

“Before COVID, it was probably the biggest amount of change we’ve seen,” he explained, adding, “With COVID, in a lab scenario, we’re seeing a tremendous among of differences.”

Fuhrer said it’s still unclear “what’s permanent and what’s going to shift back,” but he ticked off a variety of factors signaling change that go beyond the pandemic, including:

Fuhrer said Nielsen is always looking for “inflection points” in the adoption of new media technologies, what he described as “enablement of devices,” and he said normally such spikes only happen around the holiday gift-giving season when American households purchase new media technologies.

“This is an inflection point, because people are looking for new ways to get content,” Fuhrer said of consumer adoption of new media technologies in U.S. TV households.

Fuhrer predicted some patterns -- including a stabilization of radio usage, as well as out-of-home media consumption, and sports TV viewing -- would return to normal after the pandemic, but he also implied some of the changes in media behavior would persist well beyond it. 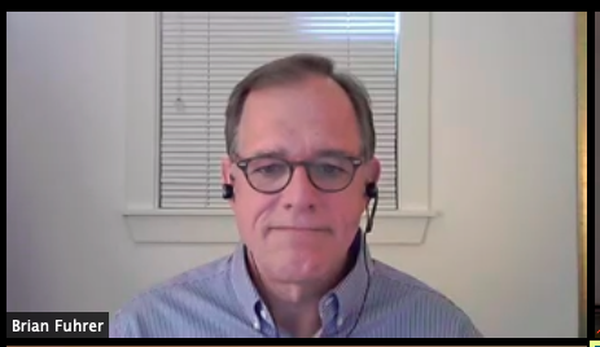