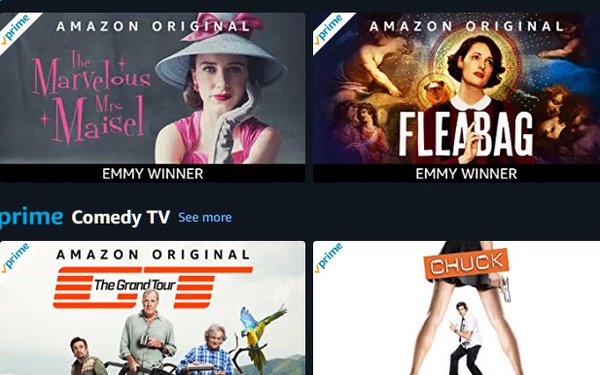 The service was already available in the U.K., Germany and Japan, in addition to the U.S.

All Amazon customers (it appears that no Prime membership is required) can rent or buy titles from studios including Disney, Warner Bros., Sony, Paramount, Lionsgate and Elevation through primevideo.com and the Prime Video app on Smart TVs, Android mobile devices, game consoles, streaming media players including Amazon Fire TV, and select MVPDs.

Customers can browse and view movies via a new "Store" tab on the navigation menu across web, Smart TVs and Android. Previous rental and purchases will be available to watch in the "My Stuff" tab on iOS.

In March, Amazon launched a hub, called “Cinema,” dedicated to movies still in theaters but also available for home rental or purchase.

Amazon’s services expansion makes it more competitive competitive with services from players including Apple, Microsoft and Google that offer VOD at premium prices.