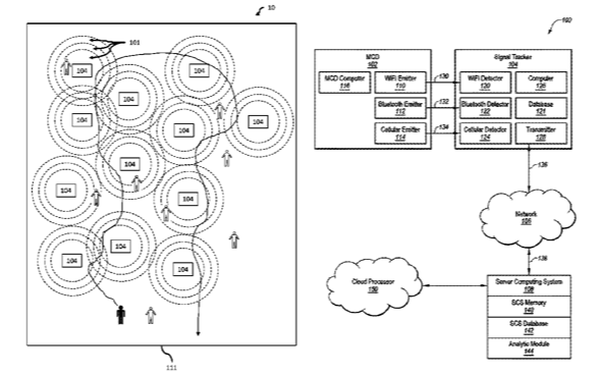 Apple and Google may be in line for a patent-infringement battle. Blyncsy, a Utah-based startup, claims it holds the patents to trace people via smartphones who have come in contact with others who have COVID-19.

Blyncsy, which describes itself as a “movement and data intelligence” company, shared a patent with Bloomberg Law that tracks the "proximity relationship" by identifying the movements of people with a contagious disease.

The U.S. Patent and Trademark Office granted the patent in February.

The patent, dated February 5, 2020, describes technology where a method is used to receive data about a first person, which has a contagion, and a second person. The method may include determining whether a first location is within a proximity distance to a second. When the proximity relationship is positive, the second person may be labeled as being contaminated by the contagion.

Blyncsy faces an uphill battle with two major deep-pocketed technology companies. As Bloomberg Law notes, Apple and Alphabet, the parent of Google, have developed a joint project offering contact tracing technology that developers can integrate into mobile phone apps. These companies often aggressively seek to get patents canceled through the USPTO.

The type of patent Blyncsy CEO Mark Pittman holds, per Bloomberg Law, could be vulnerable under a 2015 Supreme Court ruling that limits the types of software that can be patented.