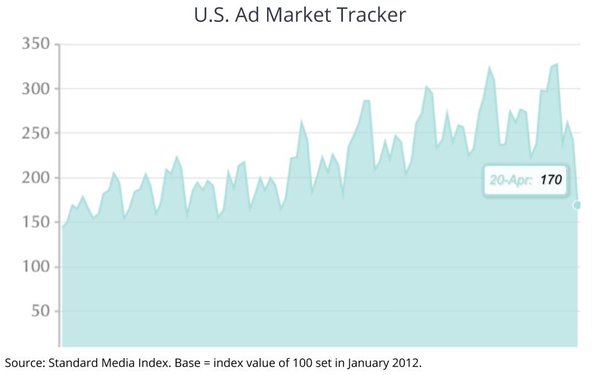 Sequentially, total value of the U.S. Ad Market Tracker -- an index representing total volume of advertising buys made in the U.S. -- fell 30% from March, and 35% from February, which was the last "normal" month of U.S. ad demand prior to the effects of the COVID-19 pandemic on ad spending.

Demand faltered more among smaller ad categories than the biggest ones.