Why Oracle's TikTok Deal May Be Vague And Unclear, Even After It Is Formally Announced 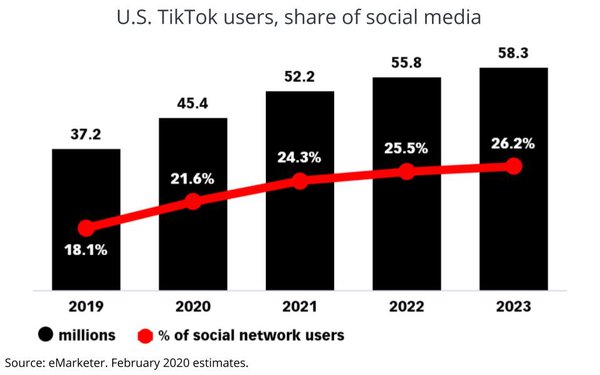 If the reports are true, it seems fitting that TikTok’s destiny in the U.S. will be determined by a company called Oracle, because, well, they are known for channeling prophecies that can sometimes be ambiguous or unclear. So too, seems the news that one of the world’s biggest tech players, Oracle, has “won” the bidding to become TikTok’s American-based white knight. But what that means isn’t exactly clear -- other than the fact that it seems to stave off the President’s executive order dictating that no U.S. businesses can do business with the Chinese-based company after Saturday.

Initial press accounts of a deal were equally vague, including some reporting that Oracle has acquired the U.S. assets of TikTok from ByteDance, with others saying it is becoming its “technology partner.”

Either way, the TikTok saga isn’t likely to be fully resolved for some time.

Meanwhile, Oracle gains another important media asset in its portfolio at a time when it is becoming an increasingly bigger player on Madison Avenue, mostly from a data and technology point of view, if not in terms of actual content or media inventory.

TikTok could change that. According to eMarketer estimates, TikTok already has 50 million American users, or about 25% of the U.S. social media population, but it barely even registers in terms of U.S. advertising market share.

That makes Oracle a good partner for TikTok, because its technology is trusted and well integrated among U.S. marketers and agencies, and its data is considered blue-chip by many of them.

Meanwhile, the data TikTok provides to Oracle could enable it to rival -- or at least compete with -- the other major “walled gardens” in a way it couldn’t do just by managing third-party data, or other companies’ first-party databases.

Unless the rules of its data access and usage are changed, the deal would give Oracle a hook into the identities and behaviors of 50 million Americans, and that base is growing fast (see eMarketer projections).

If and when the deal is formally announced, it could well get a quick U.S. regulatory approval, even if the terms aren’t exactly clear, because Oracle chief Larry Ellison is a well-known supporter and fundraiser of the President who will influence that decision.