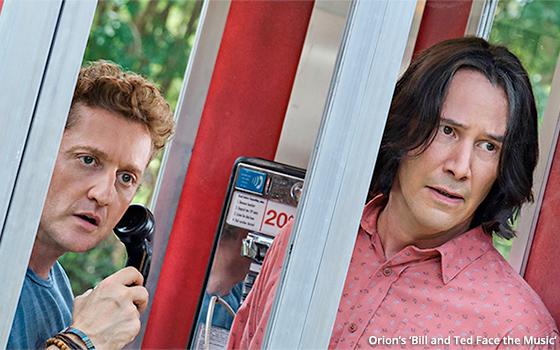 U.S. national TV movie marketing spending and box-office theatrical movie revenues continue to be sharply down -- 80% to 90%, respectively -- versus a year ago.

A two-month period, starting from before the big traditional Labor Day weekend August 26-October 25, was down 82% to a collective $60.3 million in national TV advertising spending, from the total of $347 million for the same period a year before, according to iSpot.tv.

Dreamworks’ “The Croods: A New Age,” Orion’s “Bill & Ted Face the Music,” Warner Bros.' “Tenet” and 101 Studios’s “The War with Grandpa” were the top four-spending movies.

To date, Warners Bros.' “Tenet” after eight weeks has amassed $52.5 million in U.S. box-office revenue -- the best result of all movies since the restart.