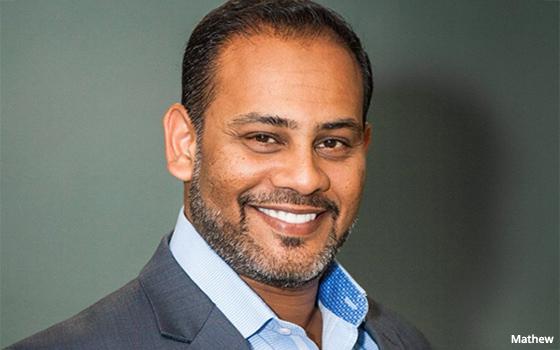 Creative advertising platform Ad-Lib announced Monday that Manu Mathew, co-founder of Visual IQ, has joined the company as president of the Americas. He also became a member of the board of directors.

Mathew brings more than 25 years of experience, most recently growing the company he co-founded before it sold to Nielsen in 2017.

Adit Abhyankar, CEO of Ad-Lib, has worked with Mathew for more than 10 years, initially investing in Visual IQ, the company that his new president of the Americas co-founded.

Abhyankar says the appointment of Mathew in the nearly created role supports expansion across the Americas, with the goal of making it easier for brands to personalize campaigns without the notion of presenting another “shiny new thing.”

It's no longer about just understanding the person, but also knowing whether schools and stores are open in a specific geographic area, Abhyankar says.

Mathew began his career as an electrical engineer and changed his focus to mechanical to eliminate the abstract thought process. “I’m more of a visual person,” he says. “Mechanical lets me get my hands around things. Weirdly, I ended up in marketing. According to my parents, I took a wrong turn somewhere.”

Early on, Mathew became intrigued with the user interface and how to keep people engaged. Some of the engineering thinking helps him put a “box around those types of things.”

In the Indian culture, he said, when you’re growing up, you have one or two career choices.

“You could either become a doctor or an engineer,” he says. “That’s it. When I was a teenager, my first career choice was in medicine. I did go to school in India for two years in an attempt to become a doctor. It was a bit of a cultural shock to me. I was born in southern Africa.”

Mathew went back to southern Africa after two years. Then went to the U.S. to study engineering.

When asked to cite the best advice anyone gave him, Mathew says “if you’re in the startup field, a healthy dose of optimism is good.” It's never a straight road, he said, but he always believes in “taking a step back and enjoy the journey. Smell the roses. Enjoy the journey rather than get stressed out from it.”

The advice rings true for many entrepreneurs. “Recognize the small steps and successes along the way,” Mathew says.