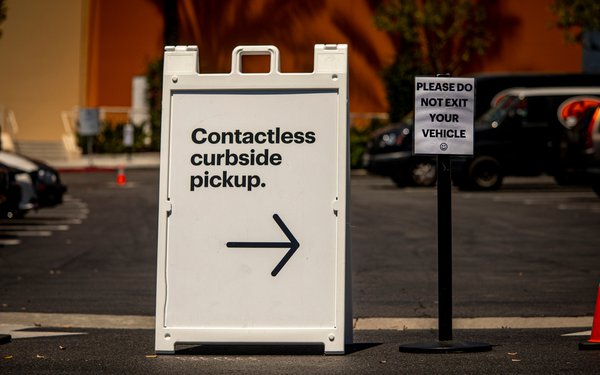 Retailers offering curbside pickup benefited on Thursday from a 31% higher conversion rate of traffic to their websites, according to Adobe Analytics data, which suggests this trend will increase as the Christmas holiday approaches and free and less expensive shipping options continue to dwindle.

Adobe analyzes one trillion visits to U.S. retail sites, 100 million SKUs and 80 of the 100 largest retailers in the U.S.

Many retailers chose to close their brick-and-mortar stores on Thanksgiving Day, forcing U.S. consumers to turn to online shopping to find the best deals. And with the increase of consumers searching and spending online, outages were not a topic of discussion on Thursday for most brands and companies, which suggests companies spent the past year investing in support.

‘While yesterday was a record-breaking Thanksgiving Day with over $5 billion spent online, it didn’t come with the kind of aggressive growth rate we’ve seen with the start of the pandemic,” stated Taylor Schreiner, director of Adobe Digital Insights. “Heavy discounts and aggressive promotions starting in early November succeeded at getting consumers to open their wallets earlier."

"While COVID-19, the elections and uncertainty around stimulus packages impacted consumer shopping behaviors and made this an unprecedented year in ecommerce, many consumers are still holding off on remaining gift purchases until today and Cyber Monday in hopes of scoring the best deals.”

Big retailers saw a 233% increase in sales yesterday over the October daily average, compared with 154% for smaller retailers.

Large retailers historically have performed better during Cyber week than smaller rivals, according to Adobe.

Last year, CNBC reported that Costco’s website went down on Thanksgiving, while other retailers like Nordstrom Rack and H&M, saw outages on Black Friday.

This year, the industry is not seeing the same outage issues, except for the launch of Sony’s new game console.

Amazon Web Services, however, experienced “problems” on Wednesday, which Amazon said only affected one of its 23 geographic AWS regions — a small region of the eastern United States. It affected companies including Adobe, Autodesk, Glassdoor, and Roku.