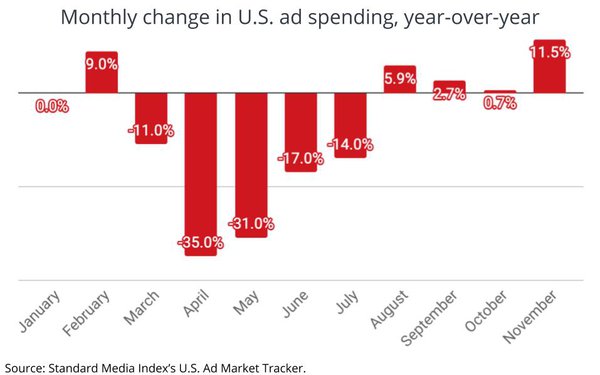 The U.S. ad economy turned in its best month so far this year in November, expanding 11.5% over the same month in 2019, according to new data from the U.S. Ad Market Tracker, a collaboration of MediaPost and Standard Media Index based on total ad spending by the major agency holding companies.

November was the fourth consecutive month of growth in the U.S. ad economy, which took a dive in March and continues to recede through July, before rebounding again in August.

The growth affirms an early forecast by major industry analysts projecting a third- and fourth-quarter turnaround from one of the greatest ad recessions in modern history, attributable to the effects of the COVID-19 pandemic.

The data, however, reveals that the advertising rebound is not even, and may in fact, be a "K-shaped" one in economist parlance.

The top 10 ad categories expanded a whopping 23.3% in November, while all other ad categories continued to erode, declining 3.2% in aggregate.

In terms of media, the erosion appears to have stabilized for the national TV advertising marketplace, which actually inched up 0.4% in November.

Digital, however, remained the major media catalyst for growth, expanding 29.3% in November. 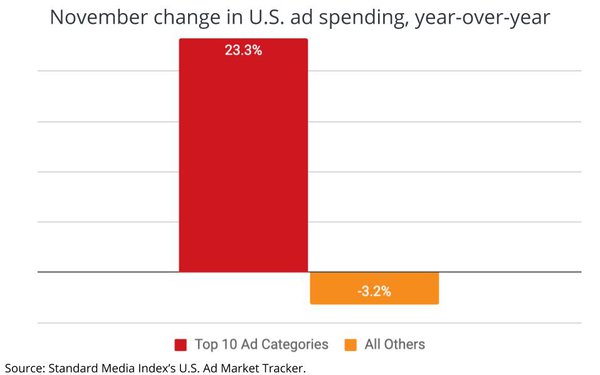