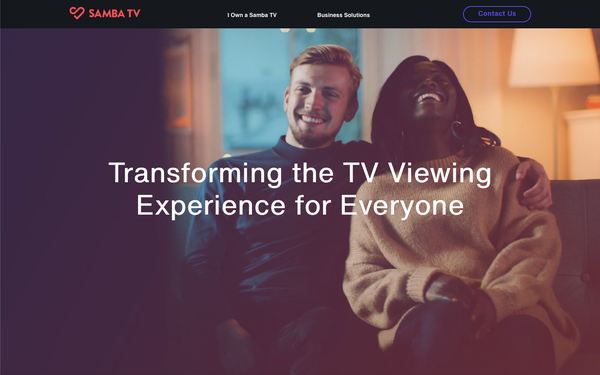 Samba TV, the TV data measurement company, is starting up the Samba TV Privacy Manager for smart TV manufacturers. An interface can be incorporated into smart TV sets for consumers to use.

Vestel, the manufacturer of brands such as Panasonic, Toshiba, and Hitachi, is the first company to include the tool on its Smart TVs.

New privacy controls put viewers in charge of their household personal data. The interface can be accessible with smart TV settings menus.

This comes at a critical time, the company says. Whenever TV analytics are pursued by manufacturers, publishers and brands look to gather more information across millions of smart TVs to ensure effective advertising.

The company says the privacy manager effort will be in compliance with the IAB Transparency and Consent Framework.

This includes a structure where website publishers inform visitors what data is being collected and how companies they partner with intend to use it. The framework offers common language with which to communicate consumer consent.