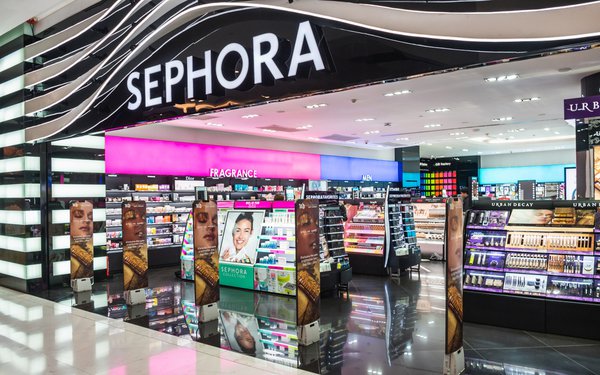 Sephora has for the fourth time been designated as the top retail brand in personalization by Sailthru.

Out of a possible Retail Personalization index (RPI) of 100, Sephora achieved a score of 89, up from 79 in last year’s study.

Sephora earned this with its omnichannel personalization, user engagement and new ways to provide the personalized shopping experiences at home.

The RPI itself is only four years old, so Sephora has dominated it from the start.

However, Sephora was not tops in email personalization. That honor belonged to grocery retailer Thrive Market, which scored a 31 in this area, versus Sephora's 28.

The lowest email score — a two— belonged to Athleta, which was ranked 63 overall, with  an RPI of 48,

In general, home-improvement brands pulled the highest average RPI score, largely due to their mobile scores.

And, strangely, ecommerce retailers did not perform any better at site personalization than companies with brick-and-mortar stores. But they did well on mobile personalization.

"The demand surge for online grocery resulted in a huge new member spike for us here at Thrive Market, and we had to double down on optimizing our personalization efforts," said Lindsay McGovern, senior director, CRM & Lifestyle, Thrive Market.

Here are the top performers and their RPIs:

Among consumers, 25% say they are now more likely to open emails from retailers. In addition, 31% bought something online for curbside pickup.

“Brands at the top of this year’s Index—even those with significant brick and mortar investments—are financially successful because they operate at the speed of the customer,   compared to many other organizations that have been challenged by a lack of agility,” states Jason Grunberg, CMO at CM Group.

Grunberg adds: “Organizations with a focus on experience transformation across channels had the ability to thrive as consumers accelerated digital and mobile usage, and will be the first to test new approaches as people return their focus to in-store shopping.”

Sailthru, a CM Group brand, identified 96 attributes that define personalization of the customer experience. Its team experienced each brand, assessing their performance across mobile, email and offline.

In addition, Sailthru’s team aggregated the data around the Net Promoter Score, general satisfaction and the likelihood to make a future purchase.