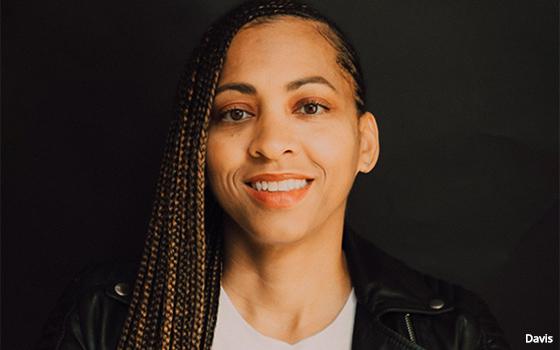 Majority founders last week launched the advertising agency with Shaquille O'Neal, focused on supporting brands through a diverse talent pool to show how creative output can reflect changes in consumer behavior. Data will support the campaigns.

“It’s important to understand why people do what they do,” Davis said, and then “apply that to how you show up as a brand.”

Data will analyze the insights that are culturally relevant for creative, and will become the proof to support the messages based on the way people behave.

As the world celebrates International Women's Day, Davis reveals new types of data the agency might use to support its focus on being “an agency for the culture” -- not a multicultural agency.

Data, of course, also includes consumer behavior and trends as well as how people behave online.

Davis pointed to data from gaming and virtual reality, as people spend more time in those spaces.

“How do you take the data around gaming and virtual reality engagements to build insights that tell you what makes people tick?” she said. “What about these experiences work or don’t work, and how can you improve them? It’s something I haven’t had the chance to do yet.”

Davis’ career began in search engine marketing and advertising in 2004 at Choicepoint, as an internet marketing specialist, where she managed more than $1 million in paid online search-engine campaigns. Then she moved on to 360i, Response Media, Moxie Interactive, 30AD Marketing, BBDO Atlanta, and Huge, before becoming a partner at Majority.

The best piece of business advice she ever received is that you can’t explain something clearly and succinctly, then you don’t know it well enough. This is applicable to data as well as informing creative strategies.

“Data can be a blessing and a curse,” she said. “If you don’t know how to pull out the most important points, it becomes a distraction and can lead you down the wrong path.”

The best piece of personal advice, Davis said, came from Rachel Ooms, executive director at Hearts & Science, while at Moxie. “She told me that sometimes it’s better not to try and plan everything, because you may force yourself into places not meant for you,” she said. “Allow the universe to lay the path.”

That path took Davis to become a founding partner at the Atlanta-based agency founded by Omid Farhang, which launched last week.

“A year ago, I didn’t think I’d be launching a new agency with Shaquille O’Neal and a mission close to my heart,” she said.

Davis said people attract the energy they disseminate, so it’s important to have clients with a similar perspective and the opportunity to work on projects that reflects the way the cofounders want the world to change.

In addition to Davis, founding partners include O’Neal and Jorge Hernandez.