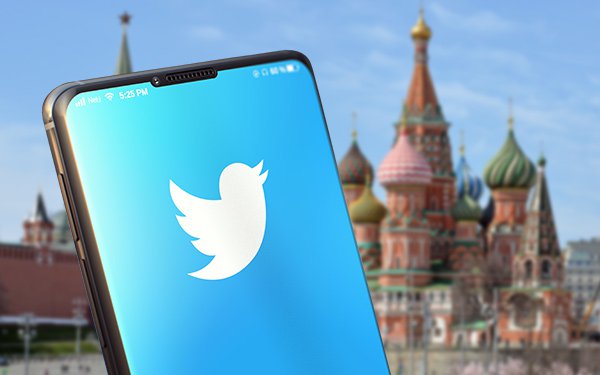 Russian authorities Wednesday said they slowed the speed of users' uploading of photos and videos to Twitter in the country because the company failed to remove banned content.

Roskomnadzor, the state communications watchdog known as the Federal Service for Supervision of Communications, Information Technology and Mass Media, said the content encouraged suicide among children and contained information about drugs and child pornography.

In fact, Twitter has failed to remove more than 3,000 posts with banned content, including more than 2,500 posts encouraging suicide among minors, AP reported.

The watchdog said it reduced the speed on all mobile phones in Russia and on half of desktop devices, reported the BBC.

The Associated Press reported that “Twitter responded by emphasizing its policy of zero tolerance for child sexual exploitation, promotion of suicide and drug sales.”

“We have a zero-tolerance policy regarding child sexual exploitation, it is against the Twitter Rules to promote, glorify or encourage suicide and self-harm, and we do not allow the use of Twitter for any unlawful behavior or to further illegal activities, including the buying and selling of drugs,” Twitter said in a statement.

About a month ago it blocked some accounts in India following the country’s demands. India’s government threatened legal action when the company refused to block hundreds of handles that New Delhi called inflammatory, reported The Wall Street Journal.

NPR called it a “standoff with India's government over free speech and local law.” In this case it was more than 500 accounts — belonging to Indian activists, opposition politicians and media, blocked on orders from the Indian government.

Twitter, Facebook and other social media companies came under fire in the United States for blocking accounts and retweets claimed to mislead readers. These tweets in October 2020 were from candidates ahead of the U.S. presidential election, in a move that escalated tension between the company and former President Donald Trump.