Most Ad Execs Supported Trump Ban, Many Boosted Social Ad Budgets Because Of It 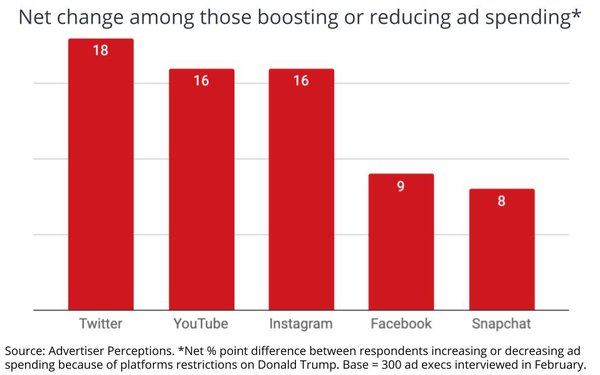 Nearly two-thirds (63%) of advertisers and agency executives say they agreed with social media platforms' decisions to ban or restrict former President Donald Trump's account, and many said they were putting their money where their mouths are, according to findings of interviews with 300 ad executives fielded by Advertiser Perceptions in February.

While the majority of respondents said decisions to ban or restrict the former President's accounts would have no explicit impact on their ad spending, you can see the variances by platform in the chart at the bottom of this article.

“Most advertisers are in favor of a media platform exercising editorial control over users’ posts,” explains Advertiser Perceptions Executive Vice President-Business Intelligence Sarah Bolton, noting: “They are deeply concerned about information credibility and brand safety, the lack of which had begun to drag on social media’s advertising prospects.”

That’s a marked shift from February 2019, when 80% of advertisers expressed concerned about the negative effects of social media, yet 57% increased ad spending on the platforms anyway.

“Hate speech ruins our brand and community trust in where we work, produce and serve,” an unnamed CMO of a Fortune 50 advertiser tells Advertiser Perceptions, adding, “We need to steer away from gross hate speech and incitement of violence against vulnerable populations.”

“Social media has gotten way out of control the past five years, so I'm glad to see some guardrails and policing,” adds an unnamed group manager at a Fortune 100 advertiser. “Free speech isn't allowing anyone to ‘say whatever they want.’ They are not paying for the platform and even if it was paid, there still should be policing.” 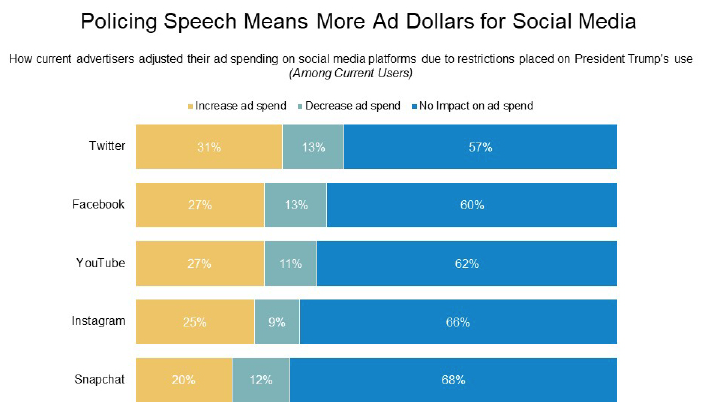