How Google's Path To Ecommerce Looks Different Than Amazon's 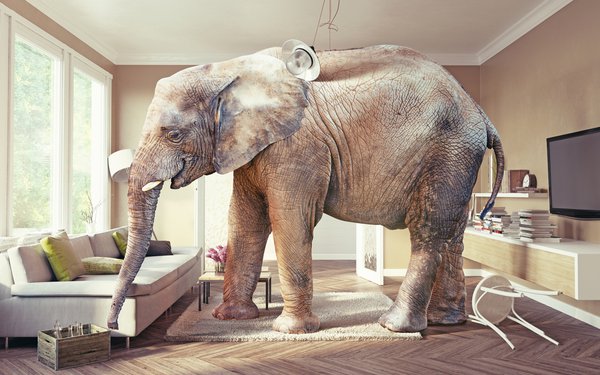 When talking about "the elephant in the room" these days, it's sometimes difficult to determine which one. It depends on whether you're speaking about ecommerce or advertising, but perhaps not for long.

Google My Business (GMB) is increasingly playing a role as a local mediator. Historically, someone would search for information online, contact a small business, go to the retail store, or look up directions. Slowly, the company has been integrating GMB into Maps and into people’s lives and their routines.

This past year, as people dealt with COVID-19 and lockdowns, the industry focused on the growth of ecommerce, but something a little more complicated and interesting happened, said Greg Sterling, vice president of marketing insights at Uberall.

“The internet is now the starting point for everything, either ecommerce or local offline transactions like food ordering, pick-up in store or curbside pickup,” he said.

Google is trying to put its services in the center of the online-to-offline experience, which includes Maps, product inventory, and search. There’s a lot of money at stake, he said -- and Google is trying to influence it all, from reviews to remarketing.

When Inside Performance asked whether Google will become an ecommerce engine, Sterling said the company is headed in that direction. Increasingly, more transactions are happening through Google, including services such as appointments.

The future is a hybrid model of online and offline, Sterling said. GMB is an important part of that strategy.

Last week, Google announced that it is on track to bring more than 100 AI-powered improvements to Google Maps, such as a feature that provides the ability to navigate through indoors spaces with Live View, powered by a technology called global localization.

The technology uses artificial intelligence to scan tens of billions of Street View images to understand the consumer's location, and helps to understand the precise position and placement of objects inside a building such as on store shelves, in airports, or transit stations, as well as retail stores in malls.

Live View can help someone find the nearest elevator and escalator in an airport, or locate an ATM machine.

“One of the ways you compete with Amazon is you let people know where locally they can buy some of the items they search for online,” he said. “Amazon is trying to compress delivery times to remove the physical store advantage.”

While Google is trying to expose inventory online that’s in local stores to give people a sense of where they can buy it and take it home, online direct-to-consumer brands are moving offline. They got their start online. If you’re a direct to consumer brands and you online have an online stores, you’re vulnerable, Sterling said.

“You need pop-up stores -- something Nordstrom is doing,” he said. “You don’t need to build out stores, but you need to give them the experience of the brand.”