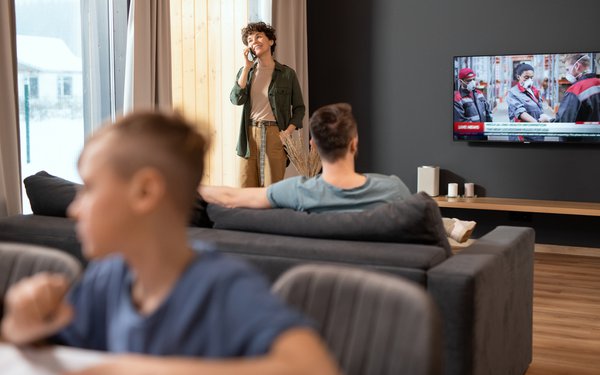 Amid concerns of alleged undercounting of TV usage, Nielsen says while total TV usage has declined, this is part of an overall long-term trend. It is not related specifically to COVID-19 pandemic disruption of servicing its TV household panel.

“A shift has been happening for the last several years,” says Mainak Mazumdar, Chief Data And Research Officer at Nielsen, speaking with Television News Daily. “And what we see is that the shift has been accelerated over the last four months.”

The VAB, the TV advertising trade group, has slammed Nielsen's undercounting of TV usage, due to a 20% decline in the number of TV homes in the Nielsen panel. It blames the lack of field agents regularly servicing Nielsen in-home TV panel of around 40,000 homes.

But Mazumdar says field agents have been working remotely with its TV panel homes, as well as shifting to other new technology. “We love to be at the peak of our sample size, but we are not there yet,” he says. “Despite all our efforts, we see a decline in the sample size.”

Although Nielsen’s standard error level did witness a slight uptick, he adds: “Statistically speaking, there is no material difference in the measurement of our ratings, across demo rates, across geography.”

Nielsen disputes this, claiming the current TV home number is higher. In addition, Mazumdar says, it has kept the sample size stable to that of the U.S. population.

Starting in October 2020 -- the traditional commencement of the TV season for many big prime-time networks -- Nielsen says there has been a dramatic shift, with a drop in traditional TV viewership.

Nielsen points to TV production disruptions -- 13% fewer new episodes on traditional TV in October compared with the same month in 2019. Also, there was aa 75% increase in repeat programming.

Mazumdar also says there was more disruption and fragmentation last year of non-video media, including rising podcast usage. Streaming audio grew 39% between May 2020 and January 2021.

Given all the changes in media, Mazumdar says: “We feel pretty good the panel is measuring what it is supposed to.”